Its a stunning coastal drive up to Cape Tribulation on the Captain Cook Highway and then we went across the Daintree Ferry.   From Cape Tribulation we travelled the famous Bloomfield Track.   Now things got interesting as it was an unsealed road (approx 40 kms)!!!!   The Bloomfield Track is one of the most scenic 4WD drives in Queensland and a must-do for 4WD travellers.   Its an unforgettable experience, full of spectacular views, creek crossings, secluded beaches, a rainforest archway, majestic plants and wildlife.

I drove some of the way and came across my first water crossing which I thought I did well driving through.  It was only a little crossing but for my first time it felt like a big deep crossing LOL LOL.

We stopped at the Lions Den Hotel, Rossville for a late afternoon snack and then continued onto Cooktown. 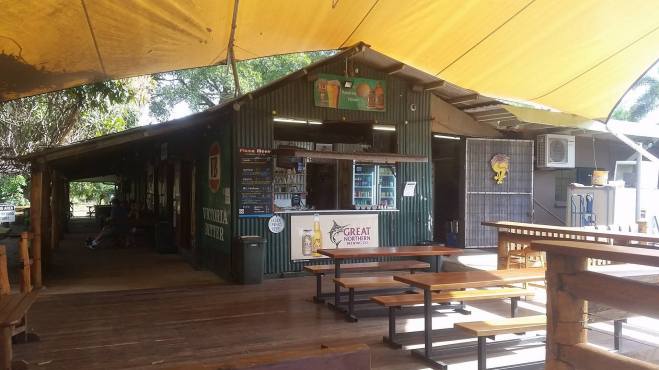 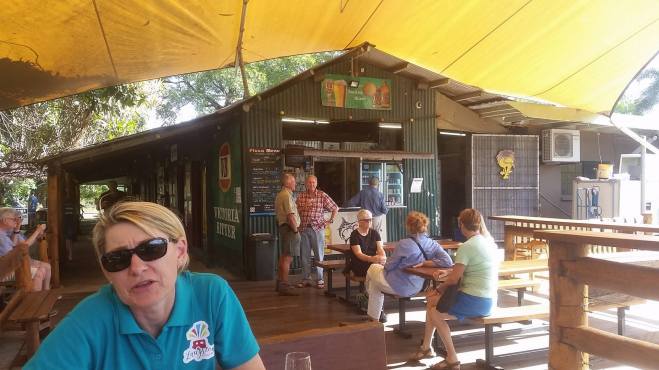 We arrived at the Big4 at Cooktown in the afternoon and set up camp.    Well, this was going to be very different as now we had the tent to set up and everything else!!!!! (self-inflatable matresses, sleeping bags, table, chairs, gas bottle, gas stove)  Hmmm, I think this “camping adventure” will be interesting for the next couple of weeks!!!

There was a pool and a nice camp kitchen at the Park but that’s about all, nothing else for children.  Having no phone reception I couldn’t check out their website so I shouldn’t have assumed that all Big4 parks would be the same.   We were very disappointed considering the cost of it too.    We didn’t require a powered site but all the sites are powered and you have to pay for that whether you used it or not. 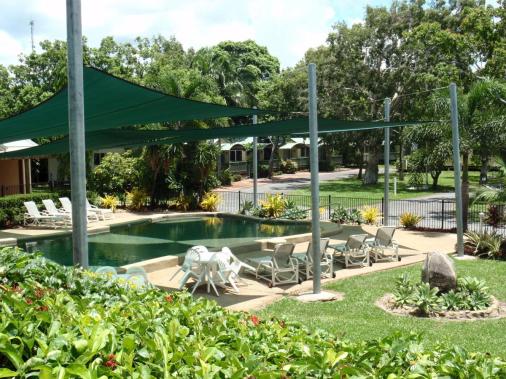 On Monday night we took Mitchell out for dinner for his 5th Birthday.   We went to the Sovereign Resort Hotel in the main street of town which was very nice.  Good meals and we celebrated afterwards with a caramel mudcake for him!!  He was very excited to be going camping for his birthday. 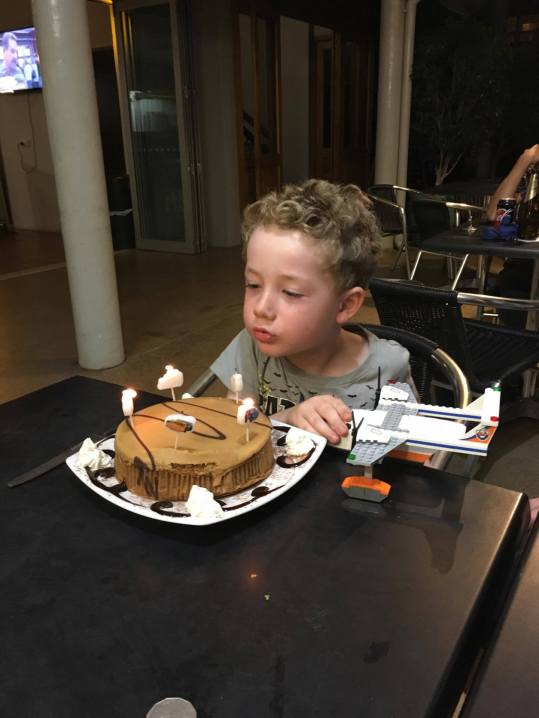 On Tuesday we went exploring around Cooktown.   Its a small historical coastal town named after Captain James Cook who landed here in June 1770 to repair his ship the HM Bark Endeavour.   And it still feels like you step back in time as there alot of original buildings.    In town there is the James Cook Museum and Cooktown History Centre and Cooktown’s Botanic Gardens is one of the oldest in Australia.

We drove up to Grassy Hill Lookout (apparently this is where James Cook stood to search for a passageway through the Reef).    The views from up here were spectacular!!! 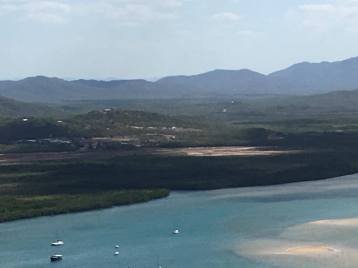 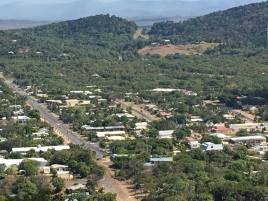 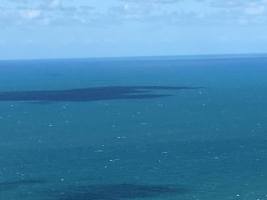 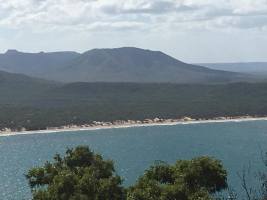 Afterwards we then drove to Finch Bay which is just a couple of kms from town.  After we parked, there we walked through a short sandy track and then out on to this beautiful beach!!! Stunning – so unspoilt here!! 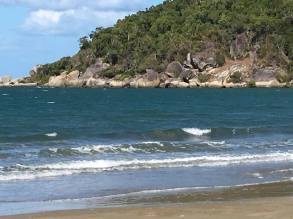 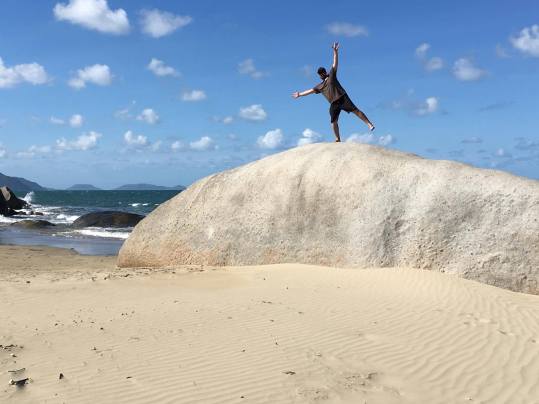 After our lovely walk on the beach, we headed back to the car and then into town to the one grocery store they have (IGA) to stock up on alcohol (to which is limited) and supplies for our trip to Cape York.