On Monday morning we packed up and drove out towards the coast to Mena Creek (located south of Innisfail/north of Townsville).   It was another lovely scenic drive of banana plantations, rolling hills, trees and lots of farms.

Here we stopped at Paronella Park – The Story of a Spaniard’s Dream!

Spaniard, Jose Paronella arrived in Queensland in 1913 and his dream was to build a castle.  On 13 acres beside Mena Falls he built his castle, picnic areas at the lakeside, tennis courts, tunnels and bridges amongst an amazing range of tropical plants and trees.   North Queensland’s first hydro electric plant was built in 1933 to power the 13 acre park and the castle grounds were open to the public in 1935.

Along with movie nights, they would have also have bands play in a huge ballroom.   Jose Paronella had the first ‘mirror ball’ spinning from the ceiling and reflecting a dazzle of coloured lights.

Jose Paronella passed away in 1948 from cancer leaving his family to continue with the park until it was sold in 1977.

In 1979 fire swept through the Castle leaving only the walls and the Turret as a reminder of what had been.   It has also been hit with flooding and cyclones.   The castle was a lot more dilapidated than I thought it would be but apparently the new owners are planning to restore it.

In 1993, Mark and Judy Evans, the Park’s current owners rediscovered the almost lost park and envisaged reviving Jose’s dream.   2009 saw the refurbishment of the original hydro turbine which once again provides power for the entire park.  Paronella Park is heritage listed and Jose’s original cottage is now a Museum.

Included in the ticket price are 2 guided tours (a 45 minute day tour and a night tour for approx. 1 hour), a tour of the Hydro Electric Generator, an overnight stay on a powered site, souvenir park and botanical guide and food for the fish, turtles and eels and 2 years return entry to the Park.

The night tour was amazing, completely different perspective in the evening!!  The castle was very pretty all lit up at night with music playing and the floodlit waterfall looked spectacular too.  After the tour we were able to wander around the Park ourselves.  It was pretty cool walking through the park with just your torch, (maybe even just a little bit scary!!!)

View from the walkway bridge 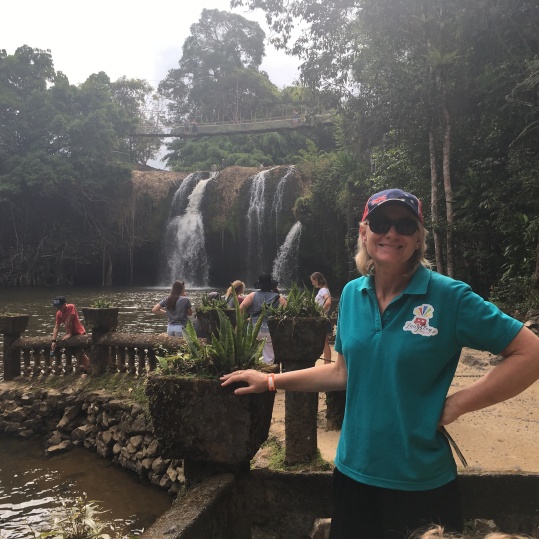 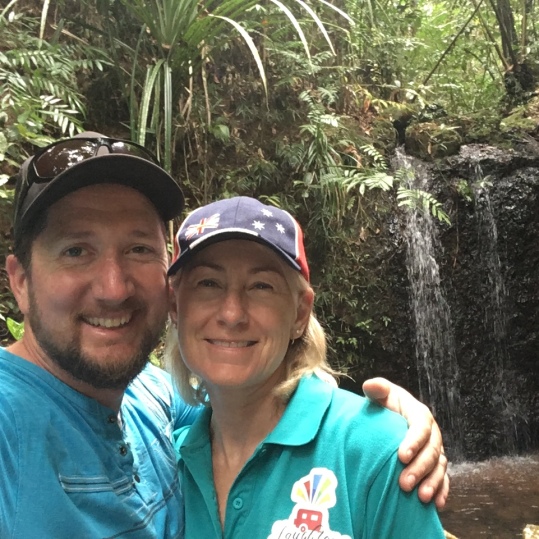 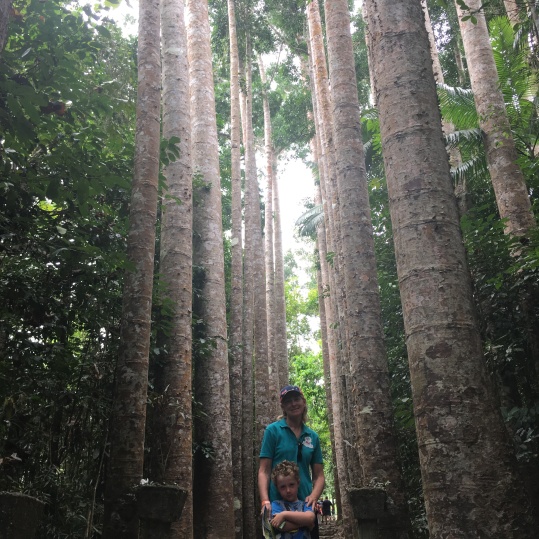 Feeling dwarfed by a row of stunning Kauri Pines 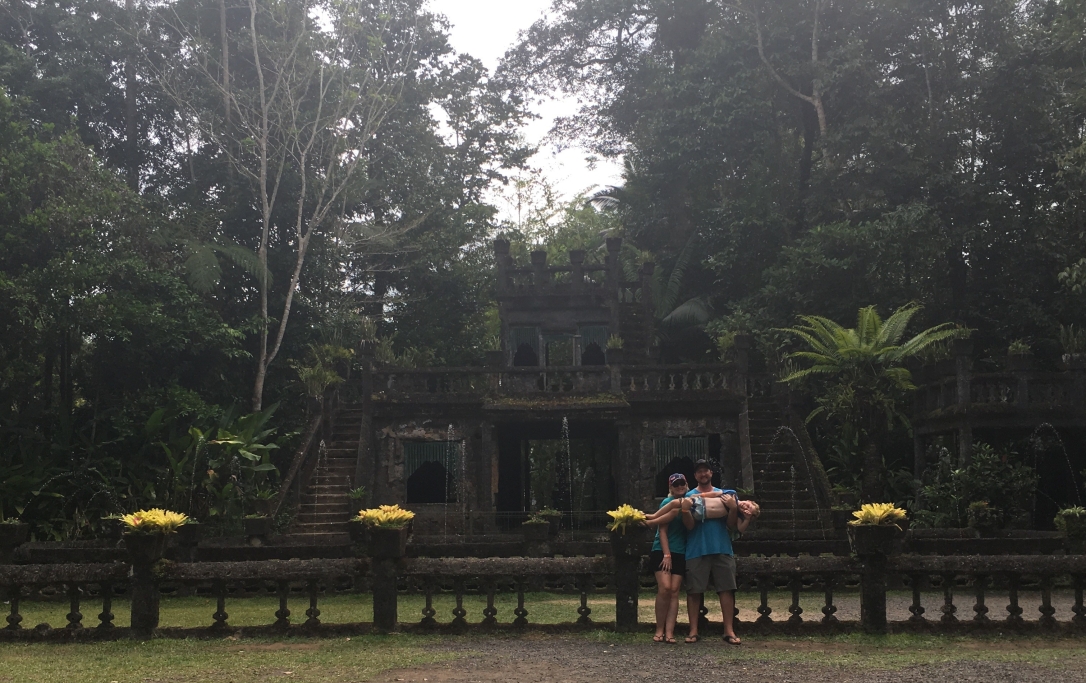 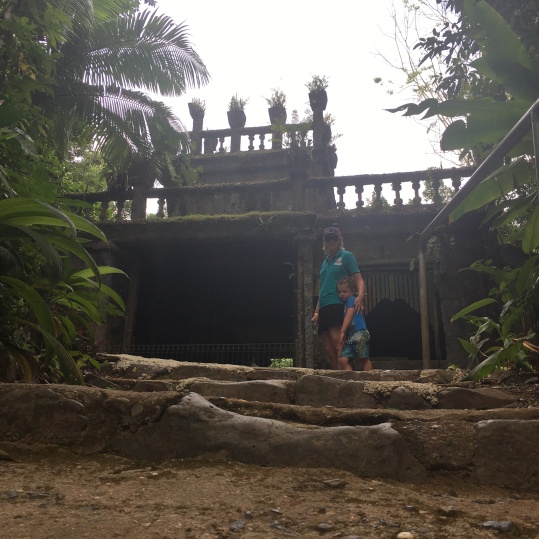 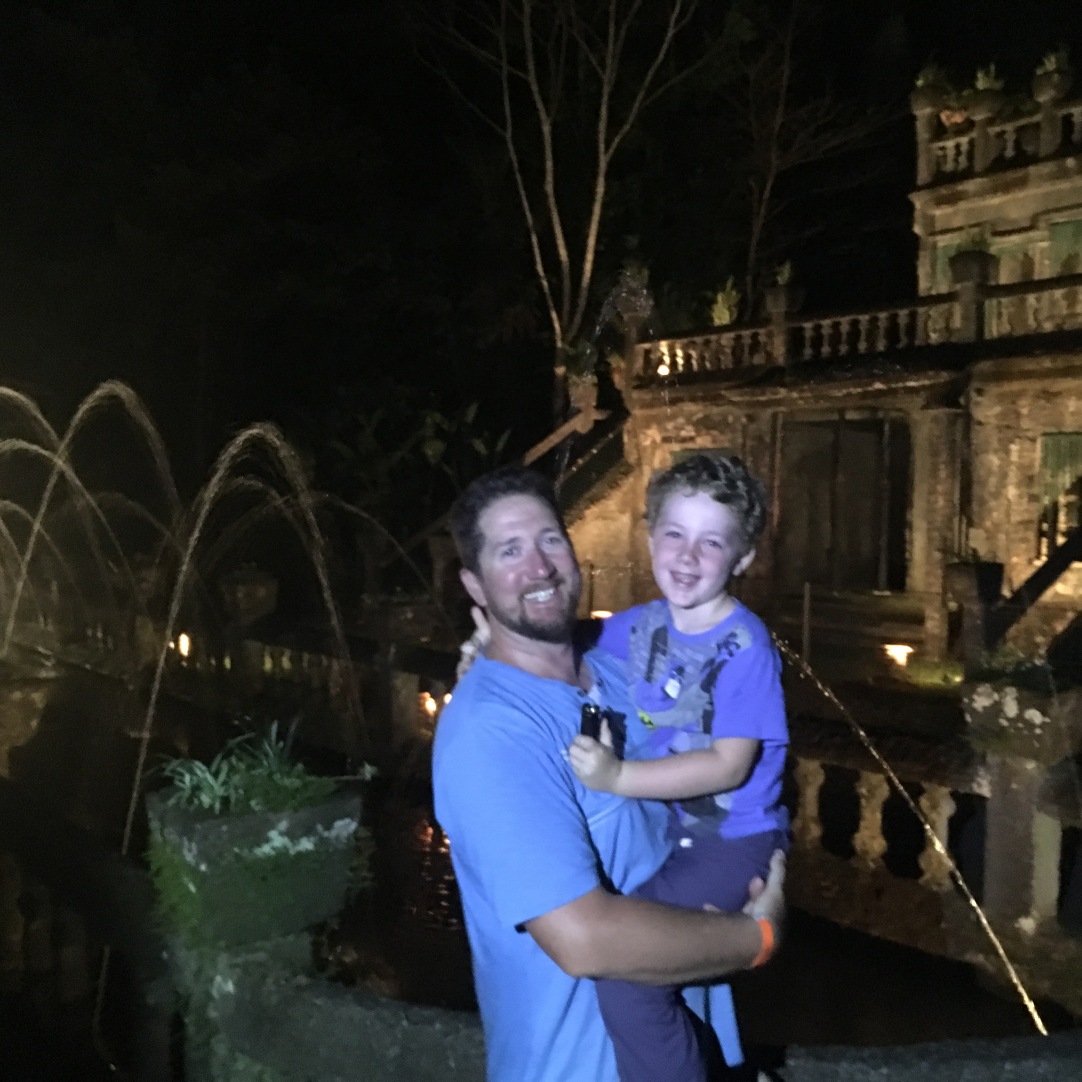 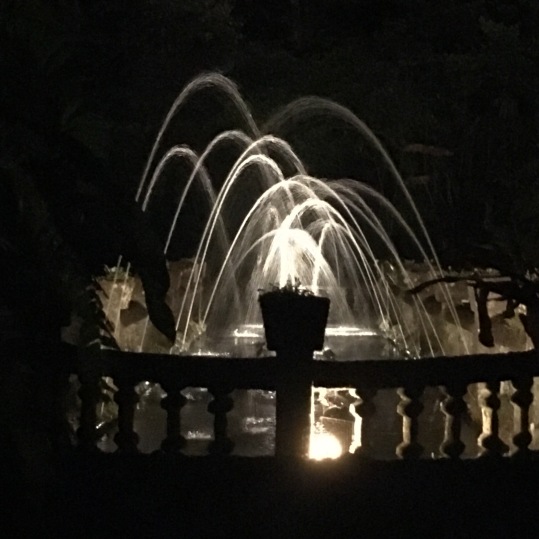 We left Paronella Park on Tuesday morning and travelled down the coast through Townsville and then headed inland towards “Outback” Queensland.