We now drove east along the Landsborough Highway where we stopped at Barcaldine for fuel, food and groceries.    From there we travelled down the Highway to Lara Station Wetlands.

We turned off the highway onto a dirt road where we drove in about 13 kms to the campground.  Hello to all the cows sitting and wandering around on the road!!!!  It had been raining and there were quite a few potholes filled with water.   Unfortunately there were a couple we could not avoid so the car and caravan got smashed with water and mud!!!!!

Finally we arrived to this little oasis in the bush!!!!  Wow, what a stunning and tranquil camping spot surrounded by wetlands abundant with birds and wildlife!!!    The owners had created a huge lake and there were kayaks available for use on the lake.   There was a thermal artesian hot pool along with a separate cold pool for swimming.   There was a big undercover kids playground, flushing toilets, hot/cold showers and a camp kitchen.    No powered sites and generators were able to be used in certain areas.  There was even a masseuse on site!!!!  And of course in a place like this, we could have a campfire!!!!

After we set up, we had a walk around the area and then we did some kayaking in the lake.   The lake was muddy and quite shallow and the water was warm (perfect for me!). Andrew and Mitch then went into the bush to collect firewood and got back just in time before it pelted down with rain!!!   Fortunately it didn’t last for too long. 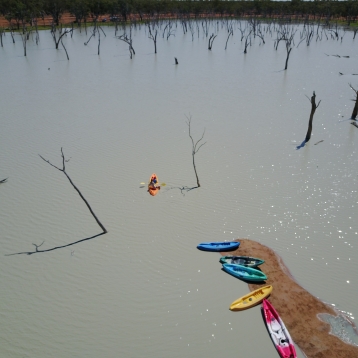 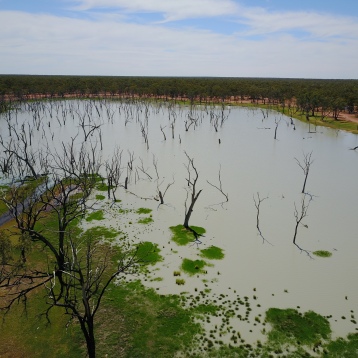 After dinner, Andrew got the campfire going.   We met a lovely family from NZ who were over here travelling for a couple of weeks in Qld.     They had 4 children and they all came over to toast marshmallows with Mitchell before they ran off to play spotlight!!!

They had just come from Charleville and told us of a great caravan park they stayed at and also mentioned there was an observatory in town, the Cosmos Centre.   Andrew was very interested in taking Mitchell for some star gazing so we decided to head there tomorrow. 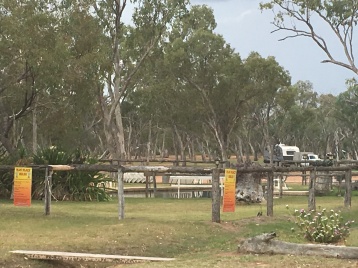 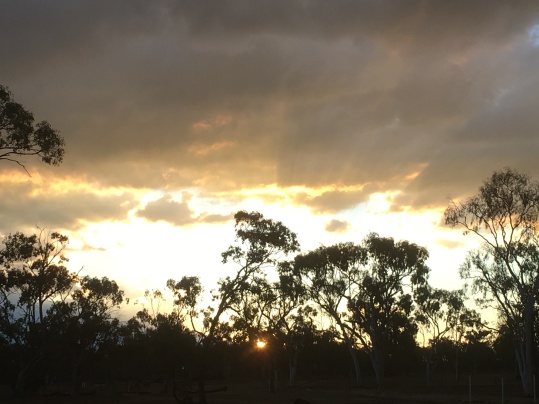 The next morning we had a swim in the hot pool, it was glorious but you could only stay in there a short time.   They recommend no more than about 15 minutes. 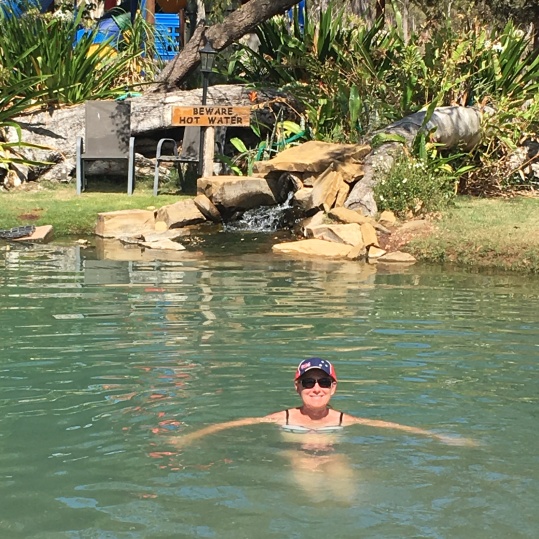 It was a very peaceful and relaxing spot, just beautiful.    There were only a handful of caravans sitting around the lake so it was pretty quiet.   We then packed up and headed down south to Charleville.