We drove around to the Mornington Peninsula and set up in Stringer Foreshore Campground, Blairgowrie.  All along the foreshore for many kms it was packed with campers and caravanners, another popular holiday area here for travellers!!! 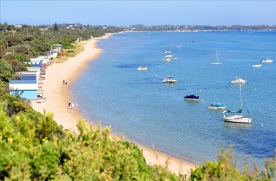 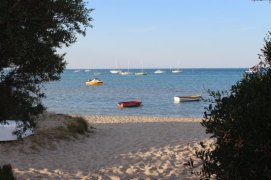 That night Andrew took Mitch down to the local jetty and Mitchell caught his first squid on his fishing rod!!!  Woo Hoo!!! He was so proud and excited!!

On Wednesday we drove to Portsea.  We parked up there and caught a shuttle bus to Fort Nepean in the Port Phillip National Park.

Located at the very end of the peninsula, Fort Nepean enables you to step into the boots of the soldiers once posted there.  Fort Nepean was a critical part of Victoria’s defences from 1878 until 1948.

The first shot of the British Empire in WWI was on 5 August 1914 at 12.45 pm just 3 hours and 45 minutes after war was declared in London.  The shot was fired in order to prevent the German merchant vessel from escaping Port Phillip to the open sea.  The shot was successful and the SS Pfalz surrendered.   The first Australian shots of WW II were also fired from Fort Nepean, earning its entry in military history.   I never knew that, interesting to learn!! 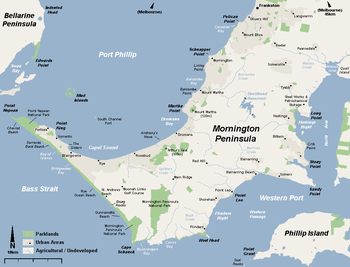 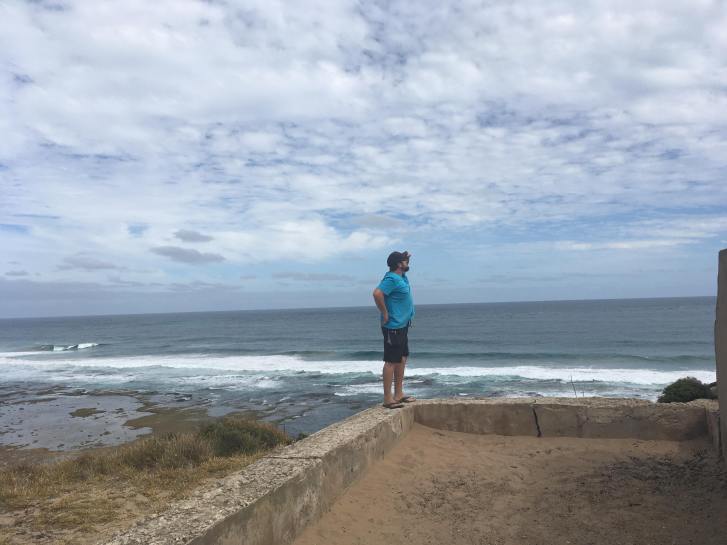 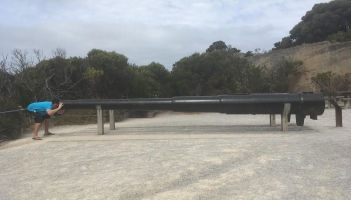 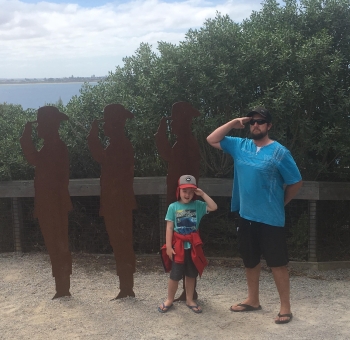 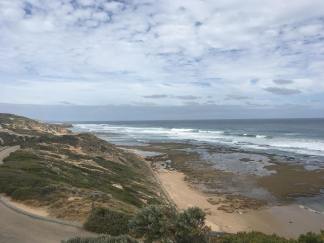 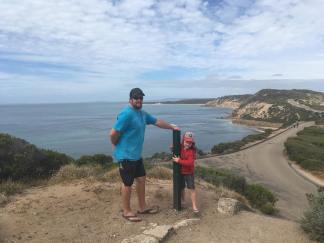 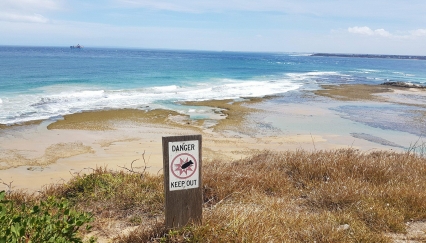 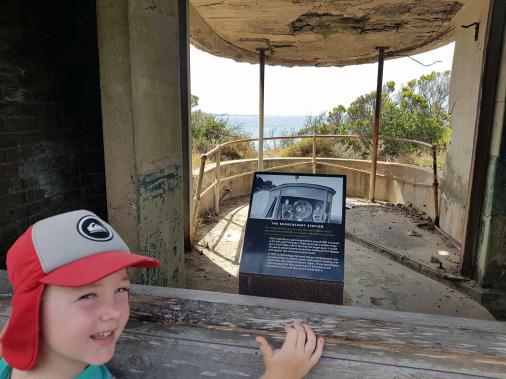 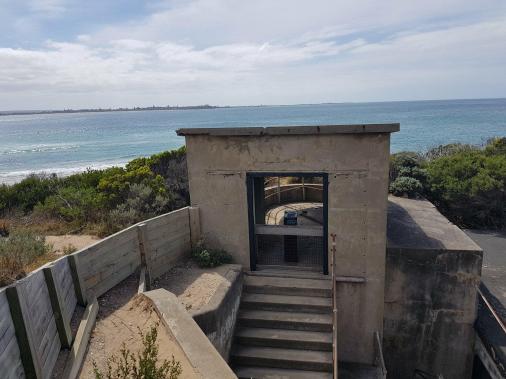 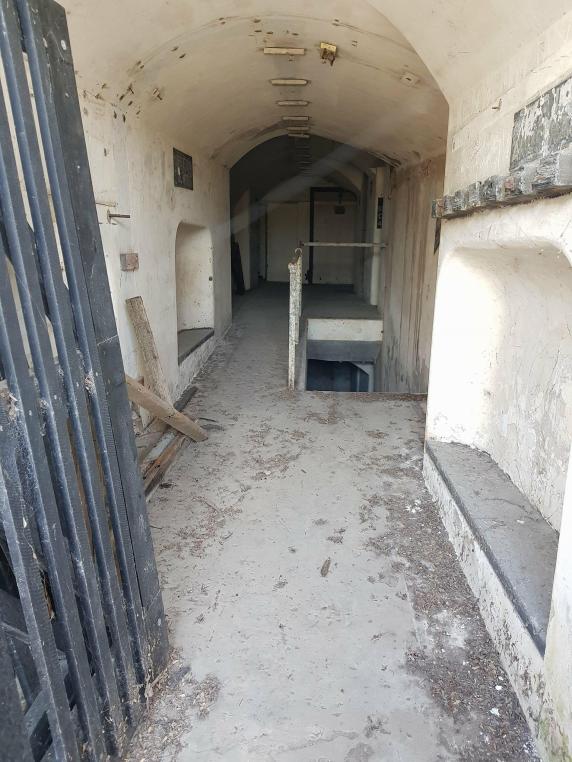 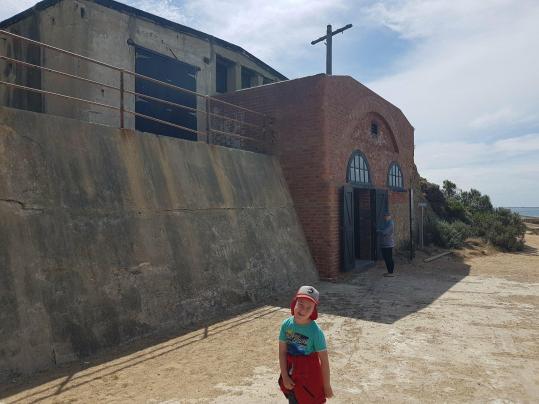 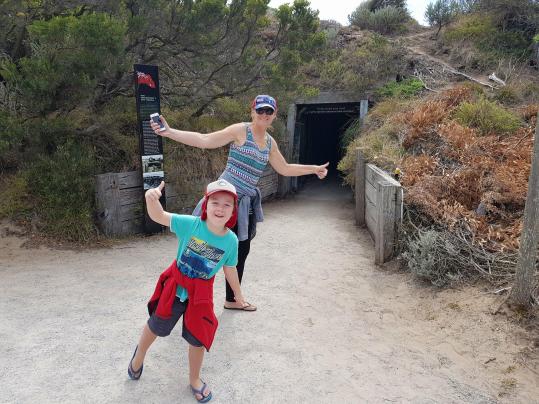 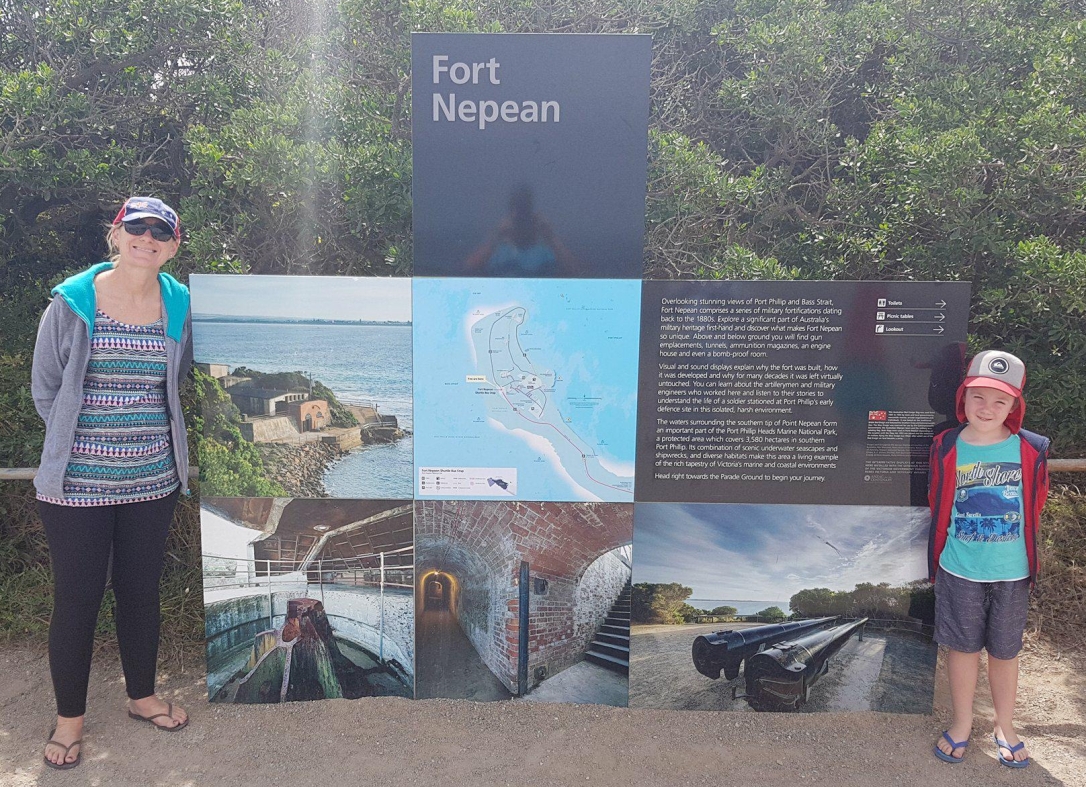 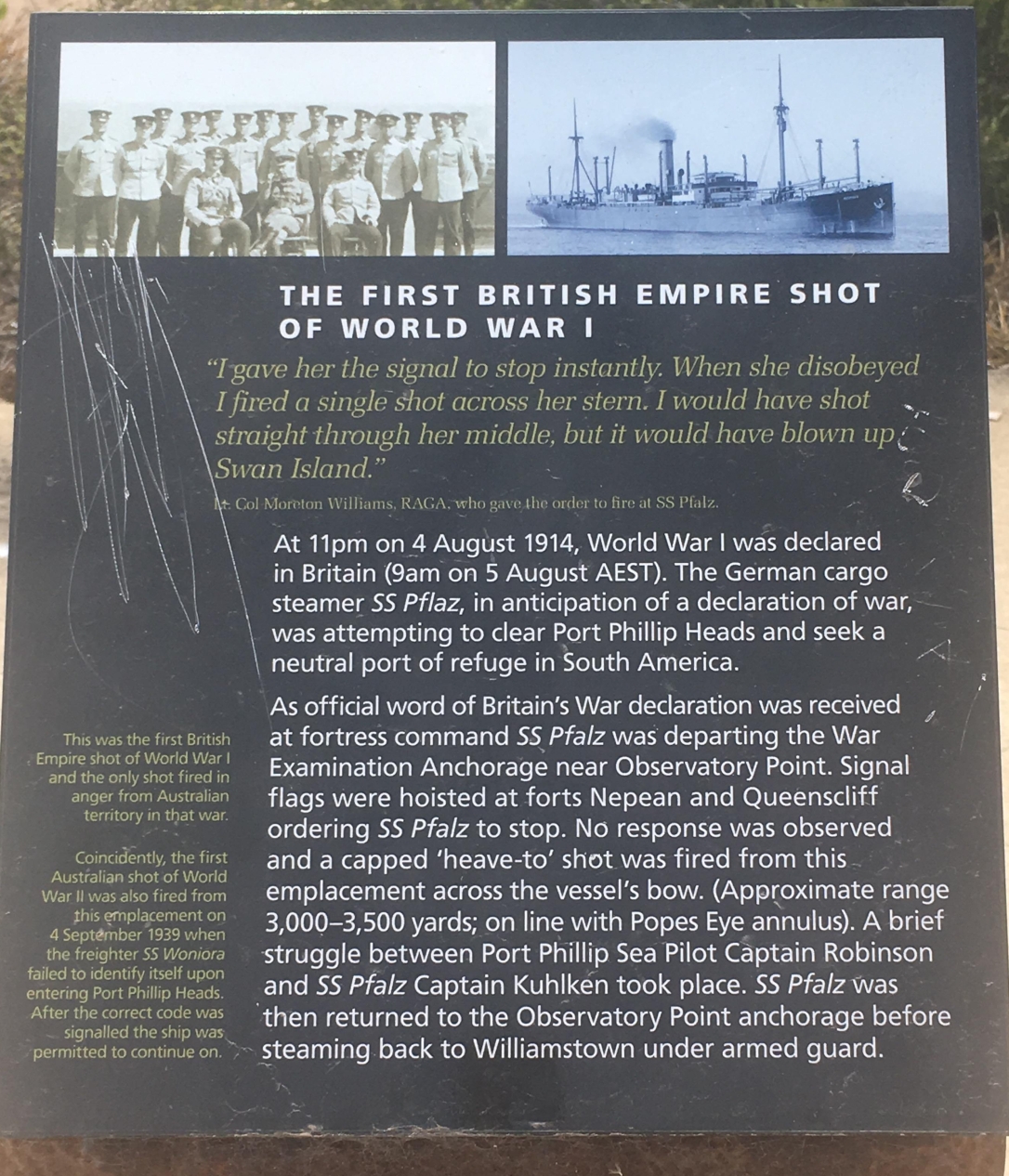 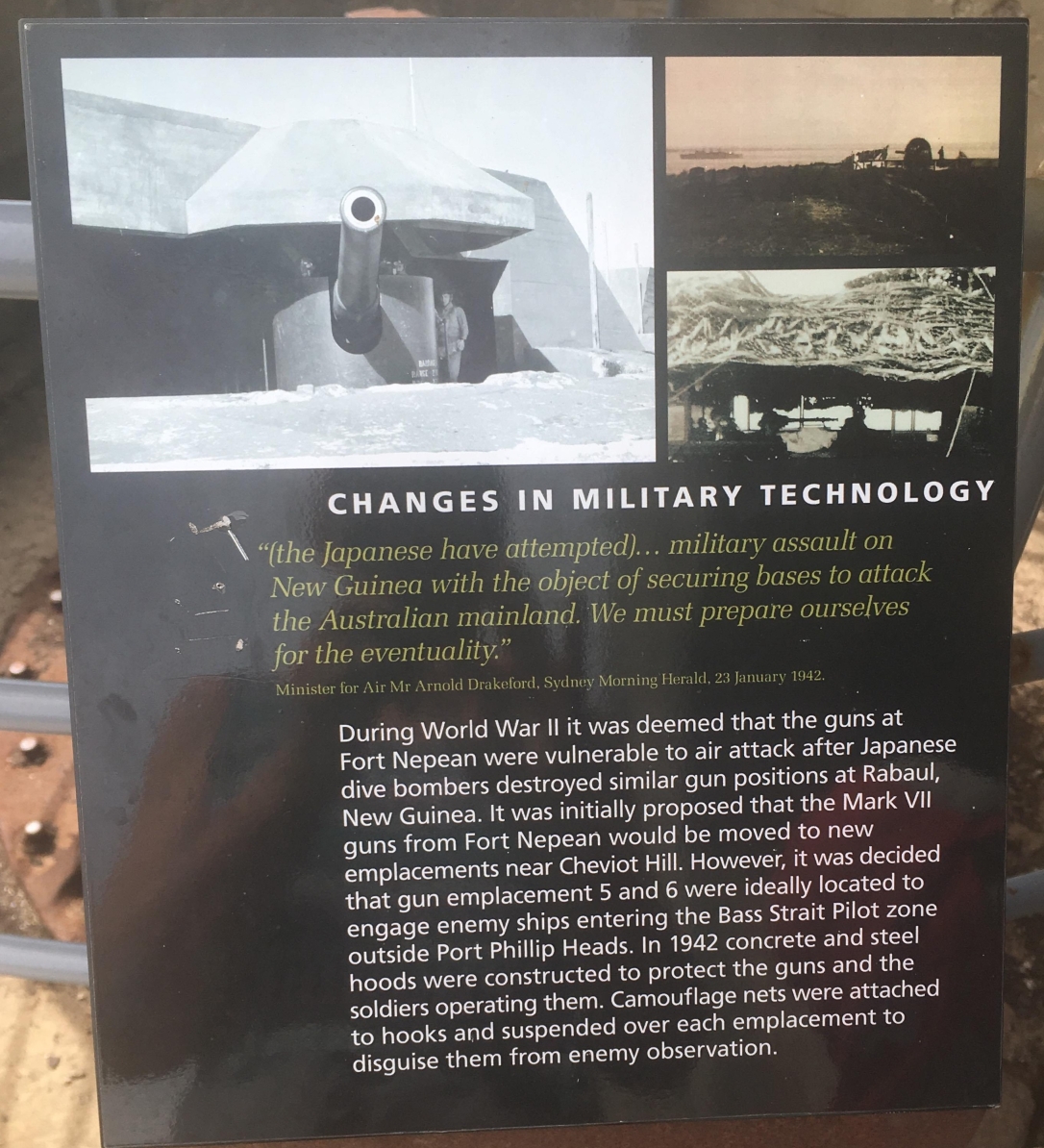 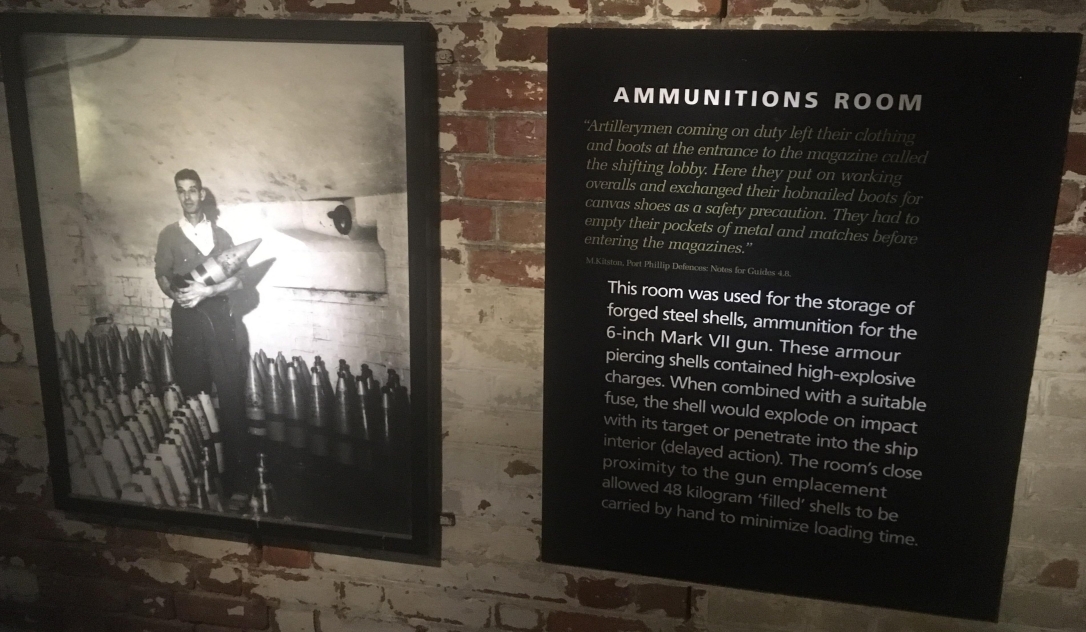 On our walk around the area, we could see the infamous  Cheviot Beach where Prime Minister Harold Holt went missing on 17 December 1967 whilst swimming there.  He was never seen or heard from again.    The disappearance created world headlines with multiple conspiracies but in 2005 a coronial inquest found that the Prime Minister accidently drowned while swimming.  A memorial had been built there.    Another great day,  learning about Australian History!!! 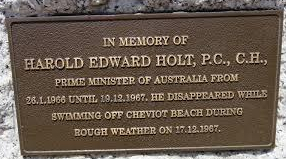 After leaving Fort Nepean we took a drive along the coastline to see London Bridge rock formation and we also saw some hangliders too.

On Thursday morning we packed up very early in the morning, (actually before sunrise!!!)  and drove to Sorrento where we caught the vehicle ferry across to Queenscliff. 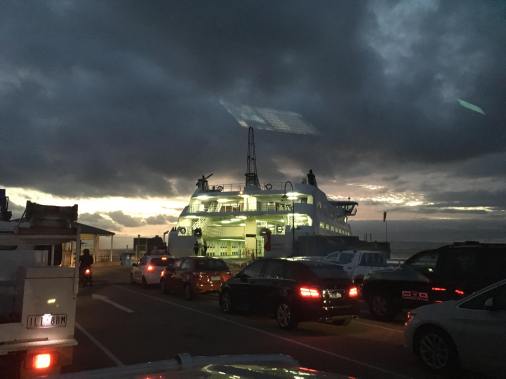 Lining up for the ferry 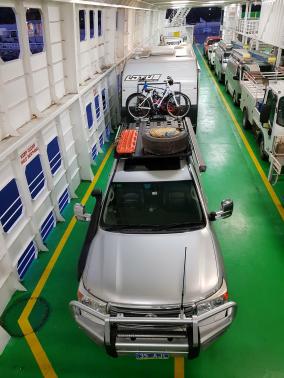 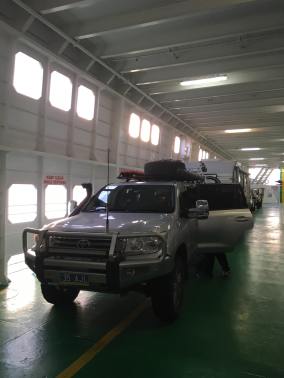 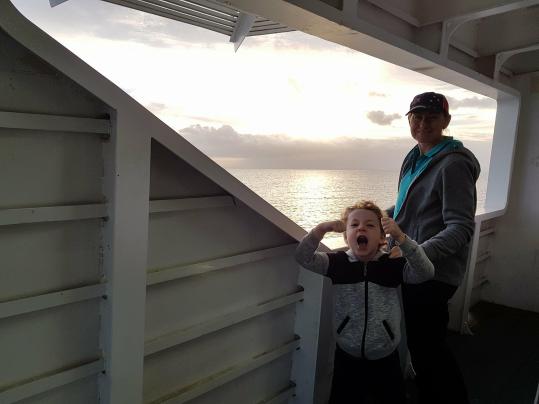 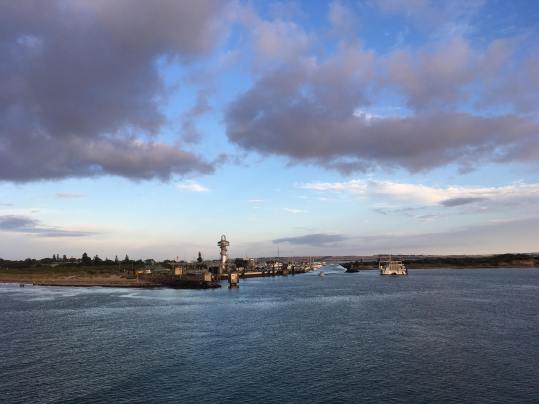 From Queenscliff we then drove up to Geelong Showgrounds where we set up for an overnight stay.   We spent the day in Geelong where we had a walk around the city and along the foreshore. 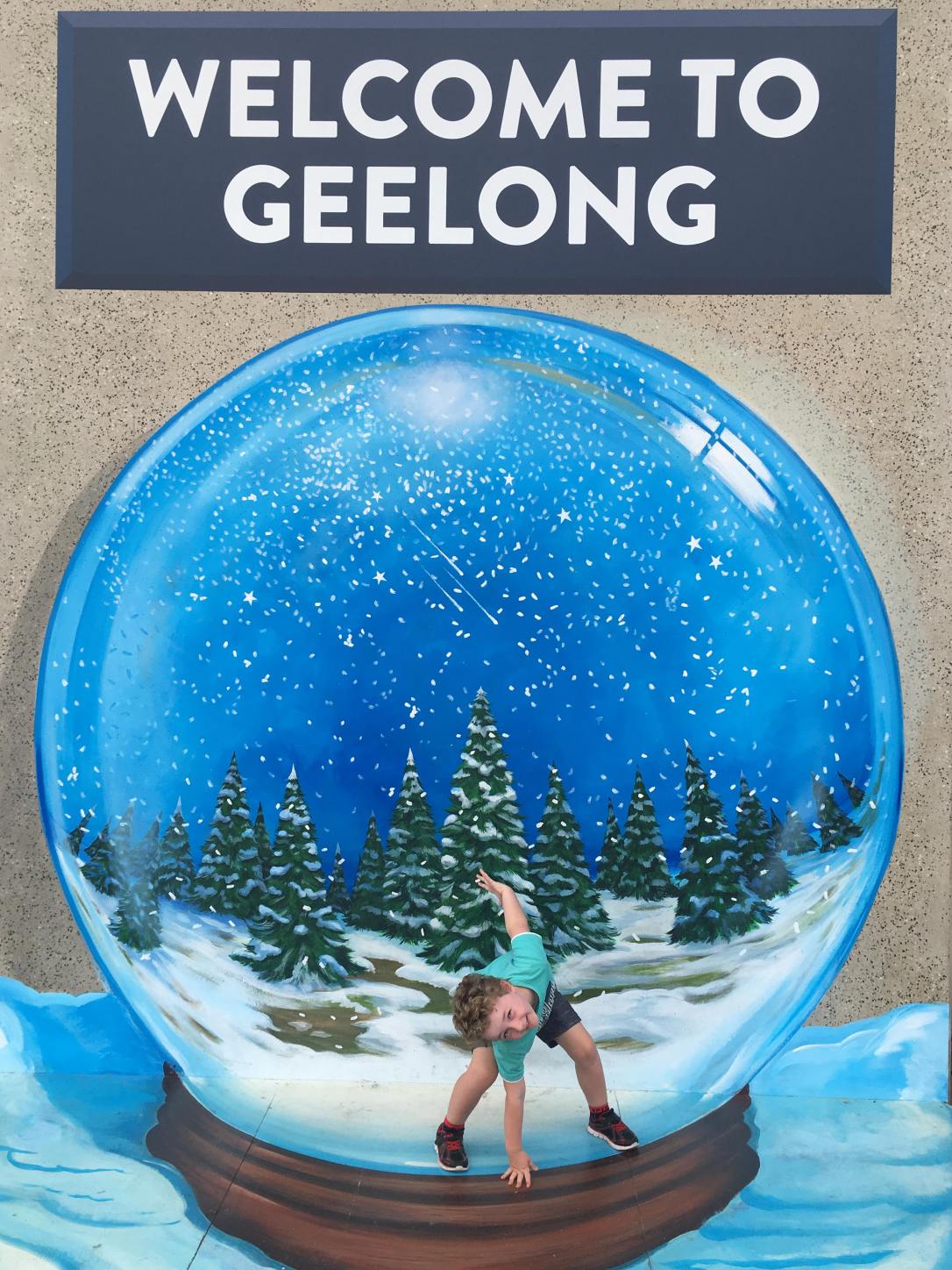 The next day we packed up and we drove down to Torquay to start the Great Ocean Road!!!!