July 24, 2017July 31, 2019 laughtonslivinglife
May-June 2017
So where do we begin to organise a trip around Australia and wanting to head off in such a short amount of time???  So so so much to do!!    Andrew “Research King” Laughton, thank god Andrew is great at such investigative work!!!  Firstly, we had to upgrade our car.  We had an Isuzu DMax Ute that wasn’t going to do the towing job and it certainly wasn’t comfortable enough for the amount of travelling we had to do in a car so we needed to sell that.    The first search was for a Toyota Landcruiser.  We found a 2012 VX Landcruiser in May after a looking for a few weeks.     As I am manually challenged LOL LOL, we had to buy an Automatic so I can help out with the driving.   Next was the caravan!!!!   Hmm, living in a caravan!  – now that’s going to be challenge in itself!!!  LOL

The Caravan!!!!!    OMG!!!  What one do we chose???    I had no idea so of course I left that up to Andrew to take care off.  After much research we had decided on a Lotus Caravan.   Apparently in caravan world its up there and quite highly rated.  Do we buy new or do we by second hand?? 19ft or 21ft, combi shower toilet? Double or Triple Bunk??   We went and had a look at a second hand van – a 2013 21 foot Lotus Freelander Triple Bunk Van.   Then we headed to the Brisbane Caravan and Camping Show in June – 2 days we visited there!!  Gosh!!  After looking at so many vans and coming home with our heads spinning, we had to sit down and have a think about all options and in the end we bought the second hand van mid June. 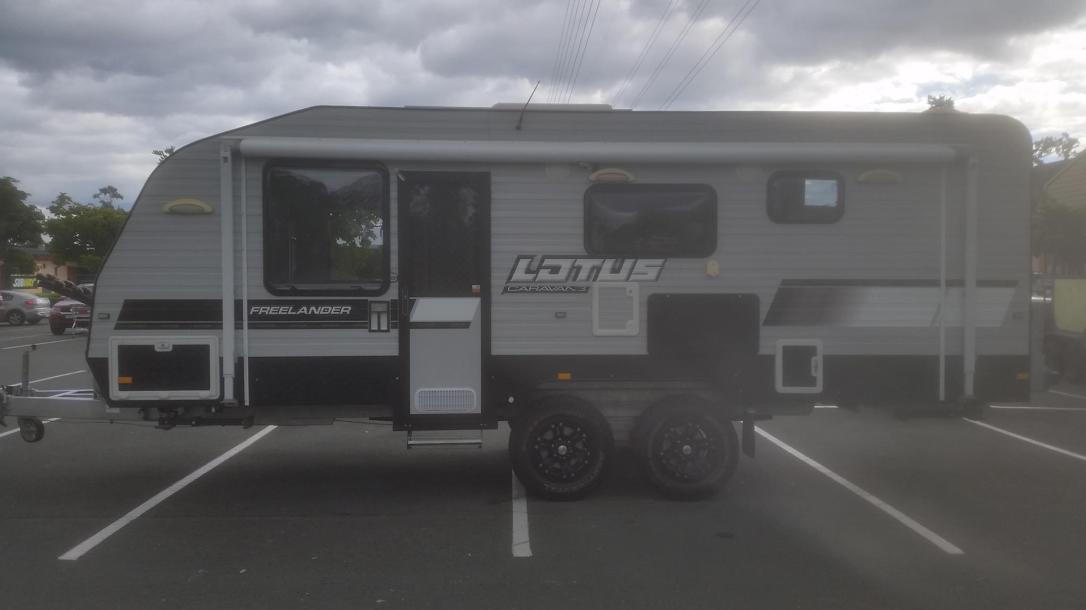 So, there we have it, the two main things done in a month!!   Next, it was getting all the modifications done to the Landcruiser and the million and one other bits and pieces we required for the car and the caravan as well as things for camping as we hope to do some free camping as well as staying in caravan parks.
May-June 2017