We continued on to Roma on the Warrego Highway which was about an hour’s drive.

One of the families that we met at Charleville (Peter and Fiona and there two children) were going to Roma too and were staying at the Roma Gun Club so we decided to stay there as well.

It was only about a 5 minute drive into town and it wasn’t overly crowded either.   They had a deal on too (stay 4 nights pay for 3) so that was pretty good.  We were actually set up in the club’s car park but we had a shady spot and the amenities were good.   I was worried that we would be hearing guns going off all day at the club.    They had one guy shooting for a couple of hours on Saturday afternoon but apart from that it was very quiet.

Well, the warm and sunny weather didn’t last too long on Friday, an early evening storm rolled in continued for most of Saturday.    On Saturday we went for a drive into town and had a walk around before having lunch in a cafe.  The weather was looking good for Sunday so we decided to go to the festival then!!

And sure enough, the sun was out shining on Sunday for the last day of Roma’s inaugural  “Australia’s Grande Country Carnivale”.

We arrived there late morning and stayed all day and into the night to see the fireworks!!!   We had a fantastic day out, it wasn’t very crowded at all, shame for the organisers and participants that Roma didn’t get behind this carnivale!!!     There were no queues for the rides or food or anything.  There were lots of market stalls too but that was very quiet and alot of them packed up early on Sunday arvo. 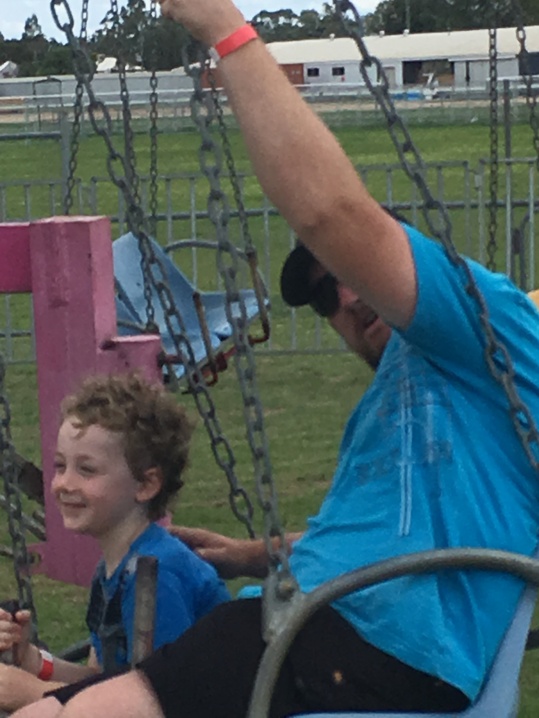 Batman was there with his Batmobile too!!!

There was also a Monster Truck Show along with a  BMX and Scooter Show too!! 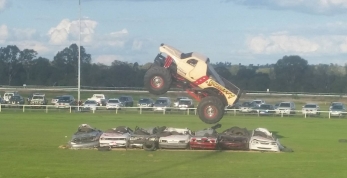 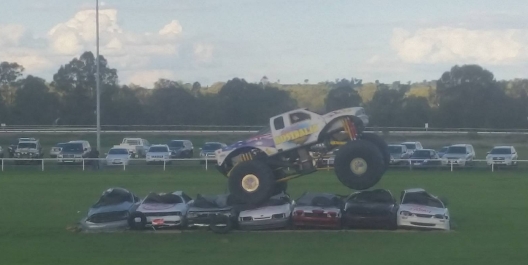 The one thing I was waiting for to see was the bull riding.    It started at 6 pm and the bull riding arena was absolutely packed!!!    Obviously this was very popular and it was a great atmosphere with a very funny compere and music throughout the event.    It was an exciting event to watch, but how these boys and men do this is incredible, gosh, can’t be good for the body at all being jolted around like that!!     As much as I enjoyed the rodeo I was concerned that the riders and bulls would be injured but fortunately all was OK.   There were 3 rider security guys  (they were not dressed like clowns either but did have coloured clothing on!!!) who get out there and distract the bull and get it back in the pen, OMG how scary would that job be, those guys are super fit and very fast!!!!!!!!

After the bull riding,  there was a 15 minute fireworks display which finished a fantastic country day out!!!!

On Monday we visited “The Big Rig”.     Roma is the first place in Australia where natural gas was discovered in 1900.   A drilling crew were out searching for water on Roma’s Hospital Hill but they found gas, quite by accident, and so our oil and gas industry was born.   The Oil Patch outdoor museum is a self guided tour showing the rigs and machinery used to explore and locate gas.   There were gas wellheads and separators from past and present and shows how technology used to produce natural gas from hundreds of metres below the ground has changed over the years. 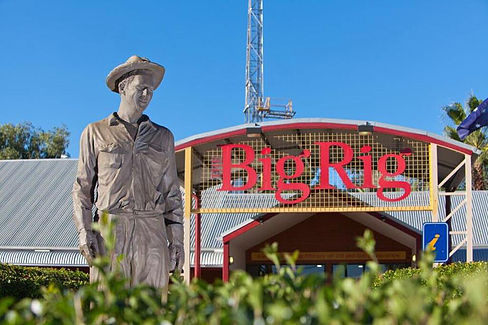 On Monday night we visited the Big Rig again for their “Night Show”.   It was an outdoor theatrical presentation and shows the journey about the history of the search and discovery of oil and gas in Roma from early beginnings to what is now a multi billion dollar industry.  This night show basically just repeats what you see during the day and it was a bit boring for Mitchell but he did well to sit there quietly and watch.

On Tuesday morning we packed up early so we could stop at the Roma Sale Yards on our way out.    They had a free tour which started at 8.30am.    This is Australia’s largest cattle selling centre with 300,000 – 400,000 head of cattle sold through the facility annually.  Cattle are usually sold by cents per kilogram of their weight.    Most of the cattle arrive by truck in the days leading up to  sale.    Upon arrival, cattle are fed and watered in the afternoon before the sale and then drafted into the selling pens.   Drafting involves separating cattle for sale by breed, age and weight.   All cattle are now required to have a microchip tag in their ear so they can be tracked throughout its entire life.   All cattle are scanned the night before the sale.

We also witnessed the sales auctions!!  The auctioneers talk very quickly and were hard to understand but it was just fascinating watching and listening to them!! 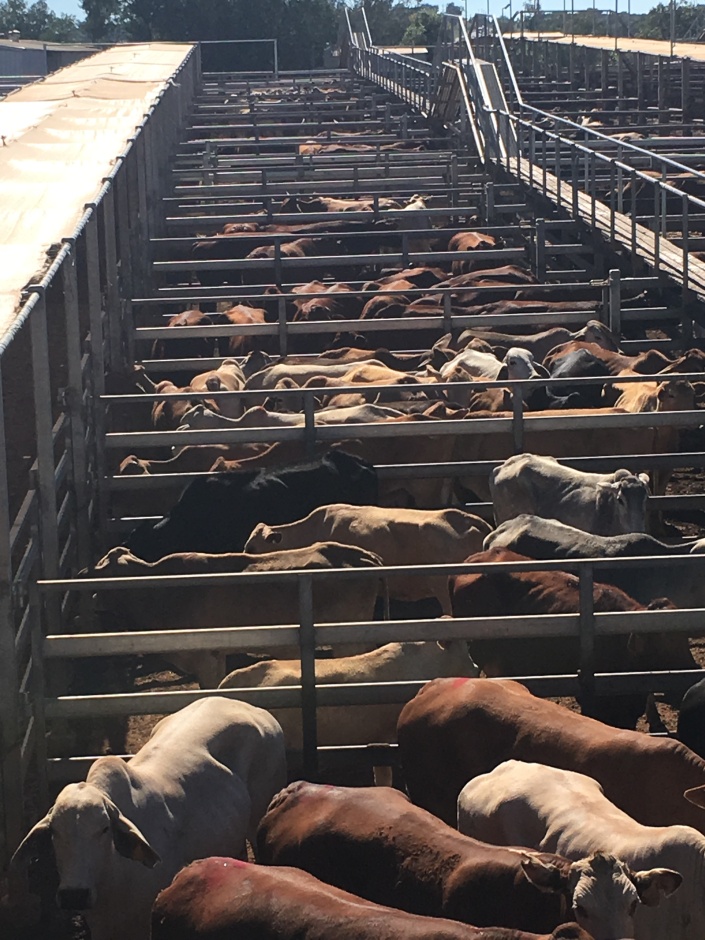 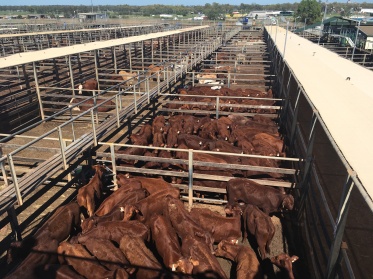 After this finished, we left Roma and headed north up the Carnarvon Highway to our next stop at Carnarvon Gorge National Park.