Karlu Karlu, or the Devils Marbles are believed by the Warumungu people to be the fossilised eggs of the Rainbow Serpent laid in Dreamtime.    Karlu Karlu, literally translates to “round boulders”.    This collection of massive granite boulders strewn across a valley, stand up to 6 metres high and were formed millions  of years ago.

From the carpark we did the Karlu Karlu walk which was an easy and short walk (about 20 minutes return).   Across the road, we then walked up to the Nyanjiki Lookout which provided a panoramic view of the Reserve (which is around 1,802 hectares).    It was quite fascinating seeing alot of these boulders precariously balanced on top of each other.    There was also a campground nearby so we if we had more time we could stayed overnight to see the Devil’s Marbles at sunset and sunrise!   I would imagine that the colours at those times would be stunning!

The large boulders are culturally and spiritually significant to the land’s traditional Aboriginal owners, both men and women. This includes the Alyawarre, Kaytetye, Warumungu and Warlpiri people.   Nearly the entire reserve was registered as a sacred site in 1982.    It’s said that many traditional Dreamtime stories are set at Karlu Karlu

The origin of the English name for the boulders is the following quote:-

“This is the Devil’s country; he’s even emptied his bag of marbles around the place!” – (by John Ross, Australian Overland Telegraph Line Expedition, 1870). 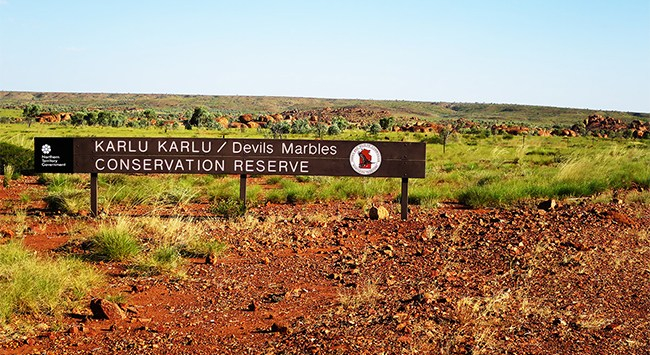 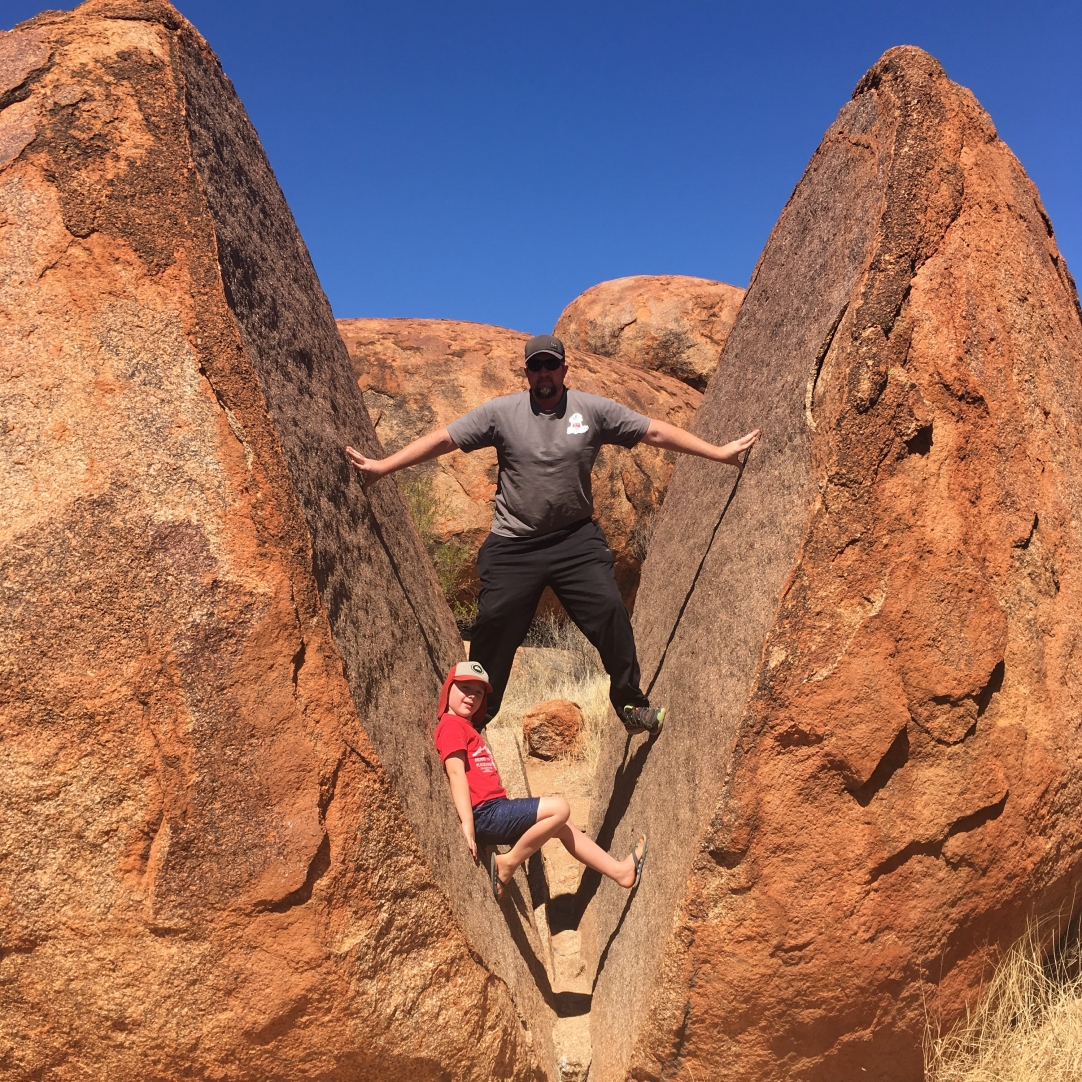 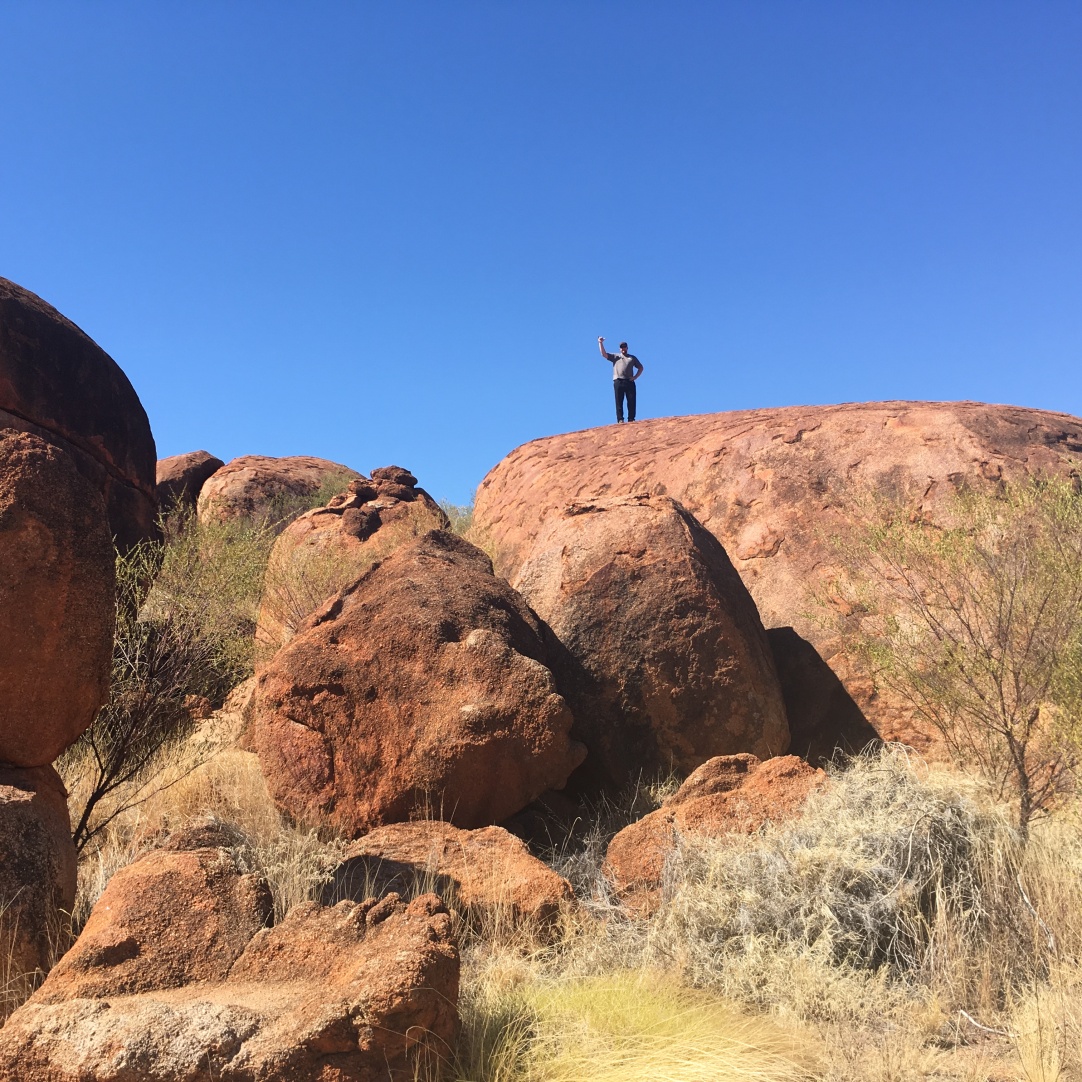 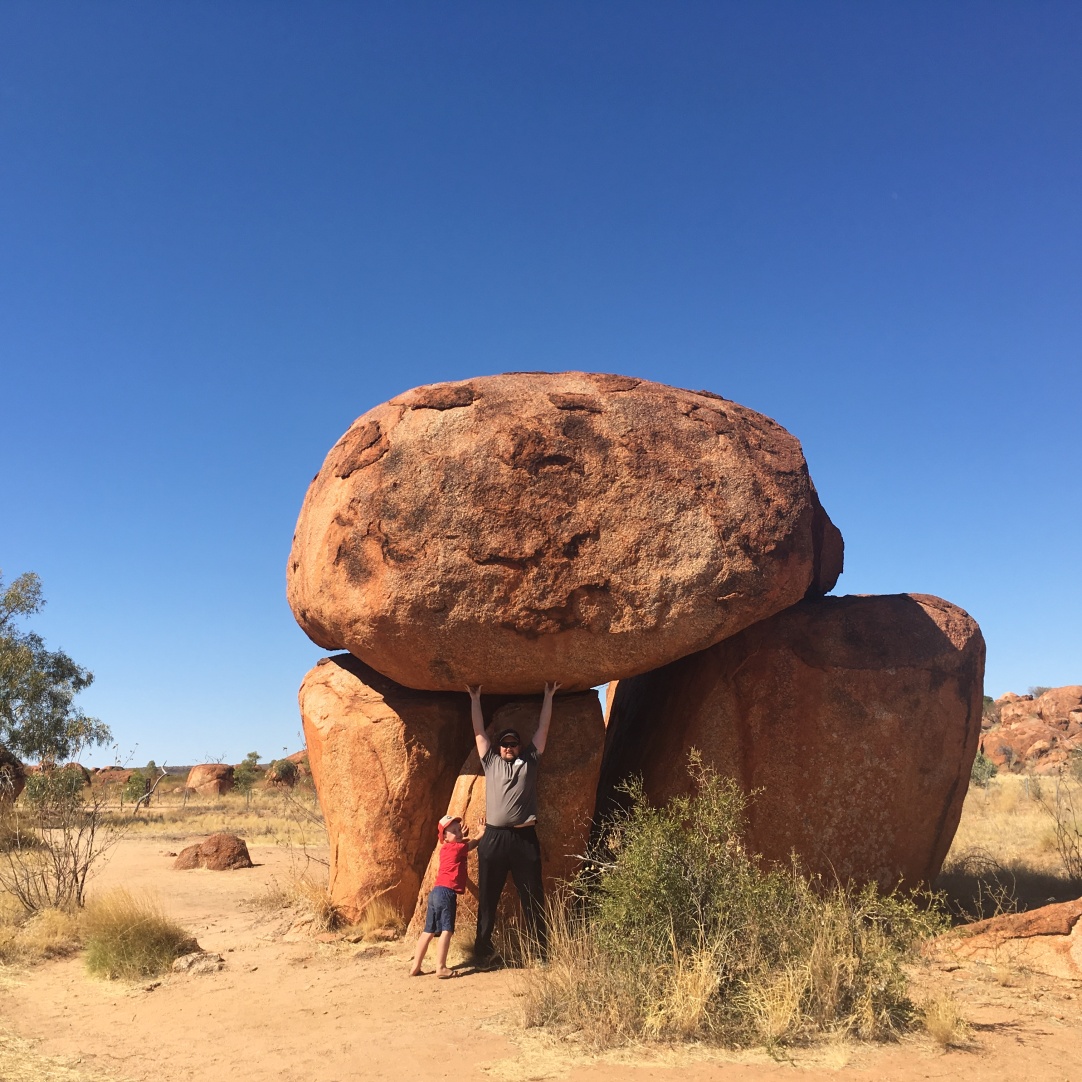 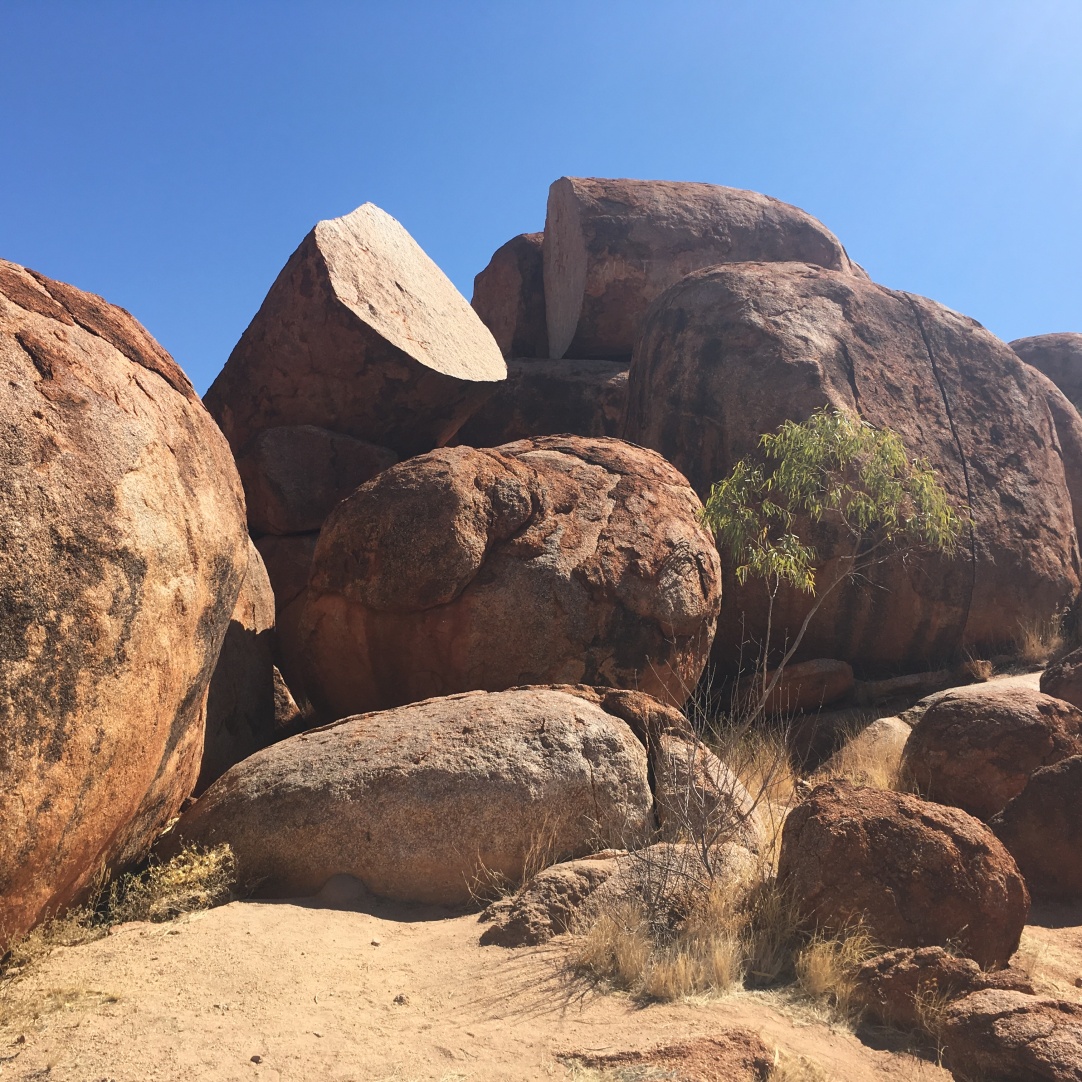 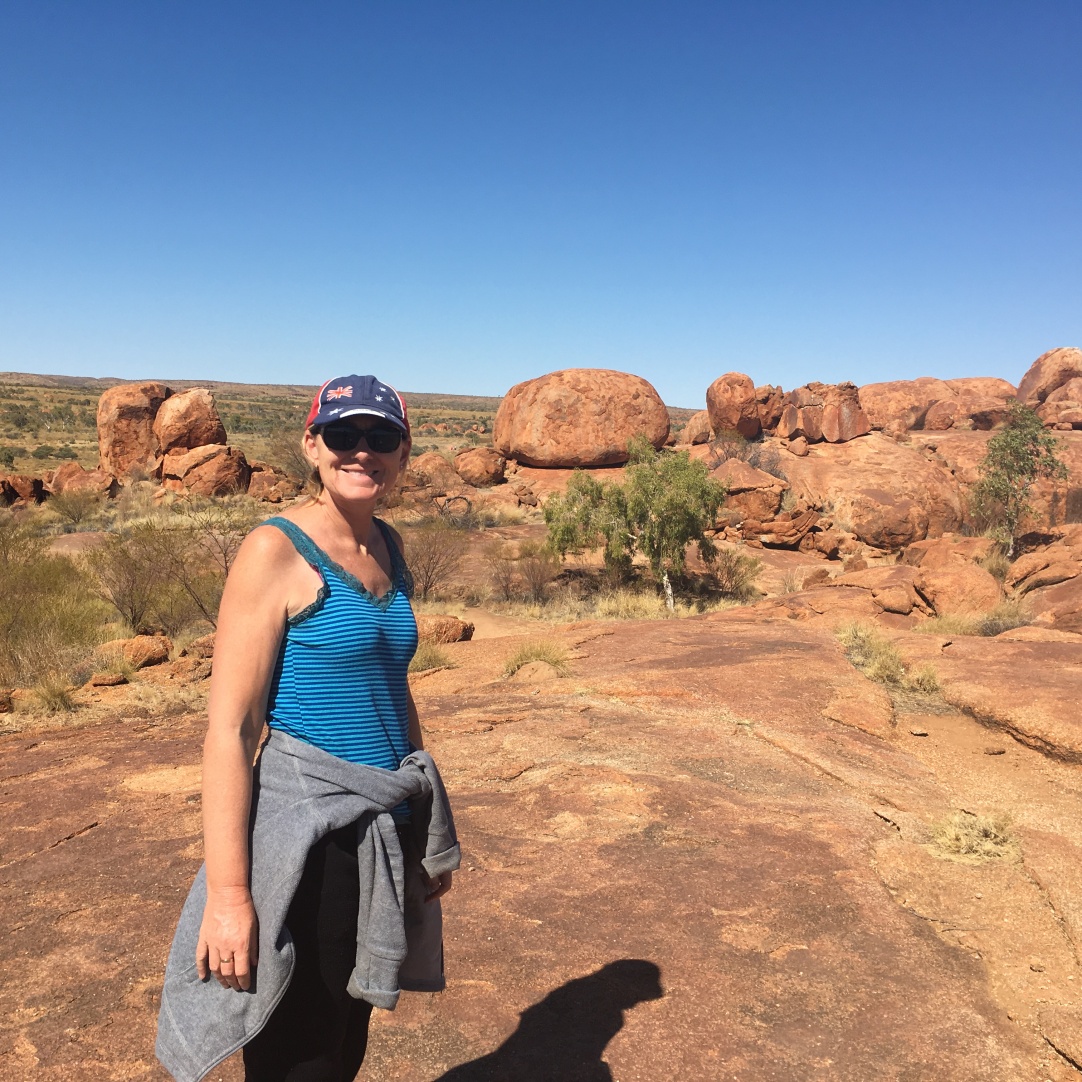 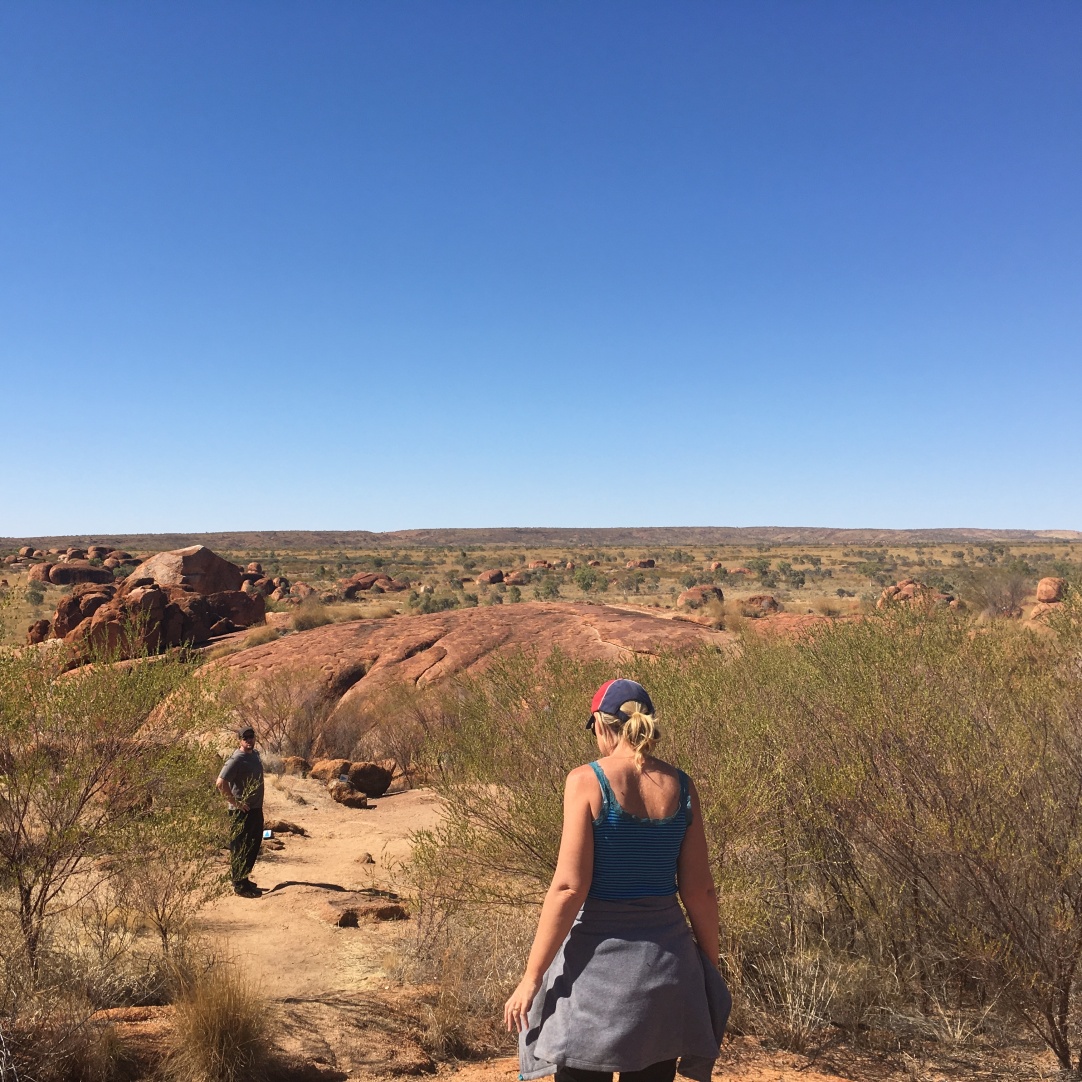 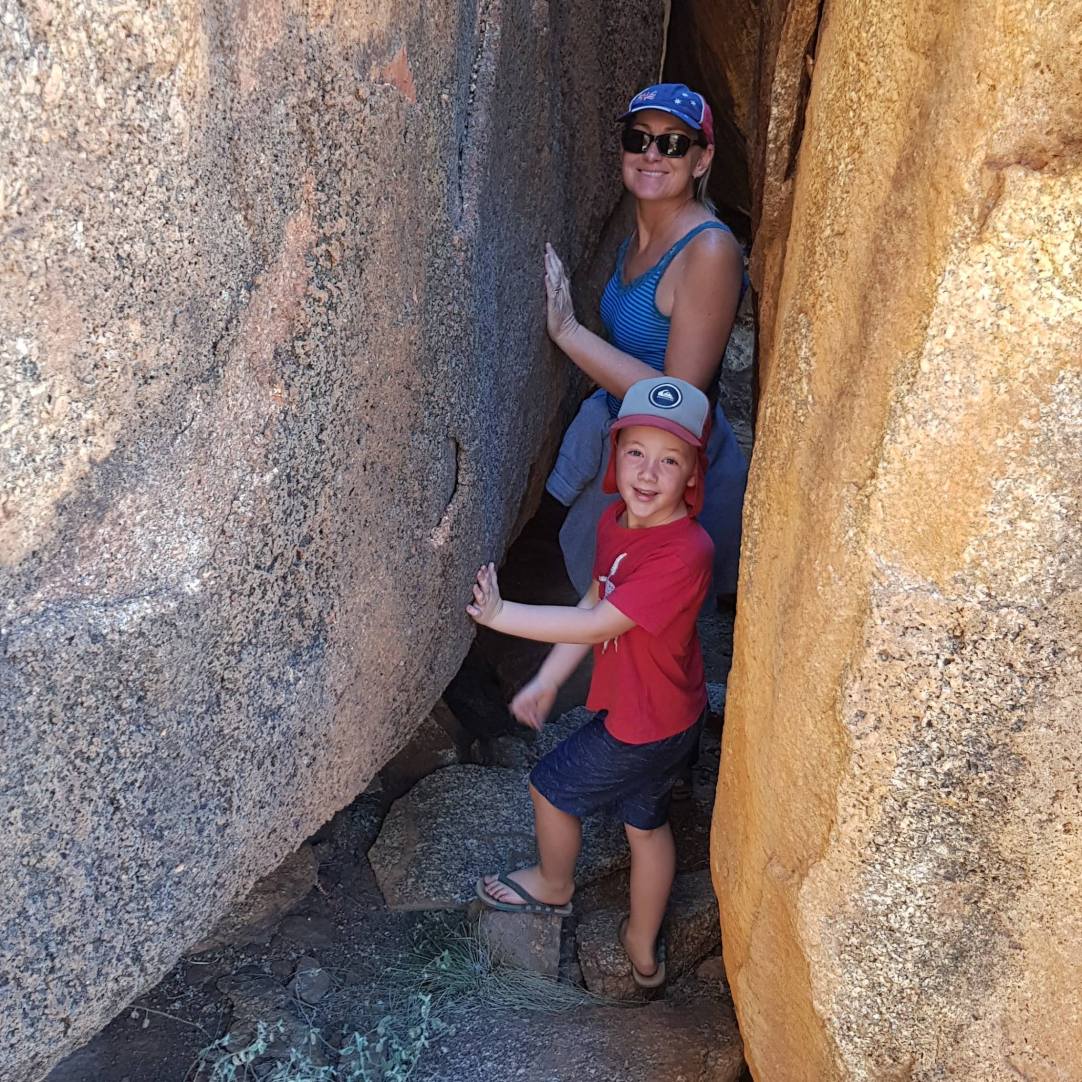 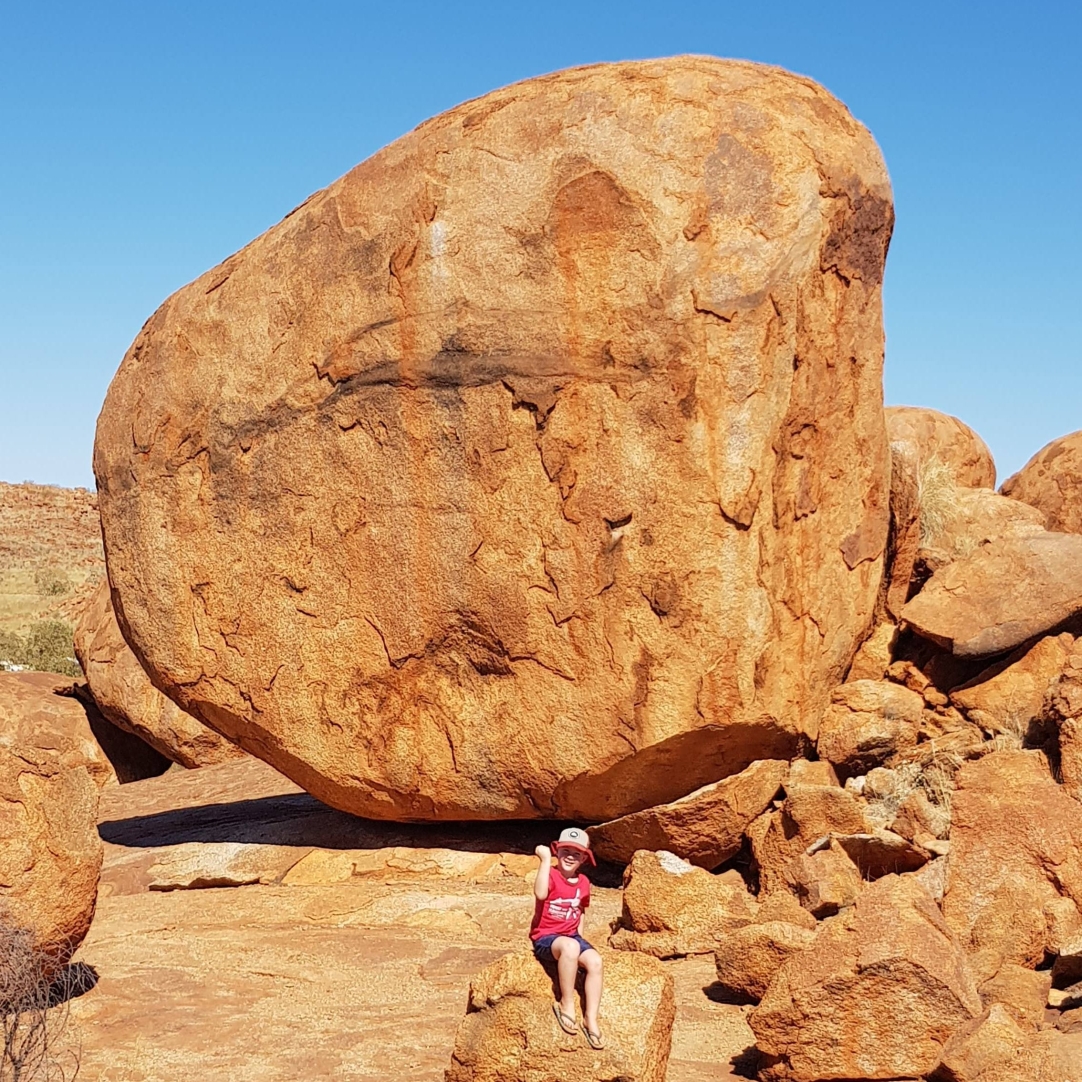 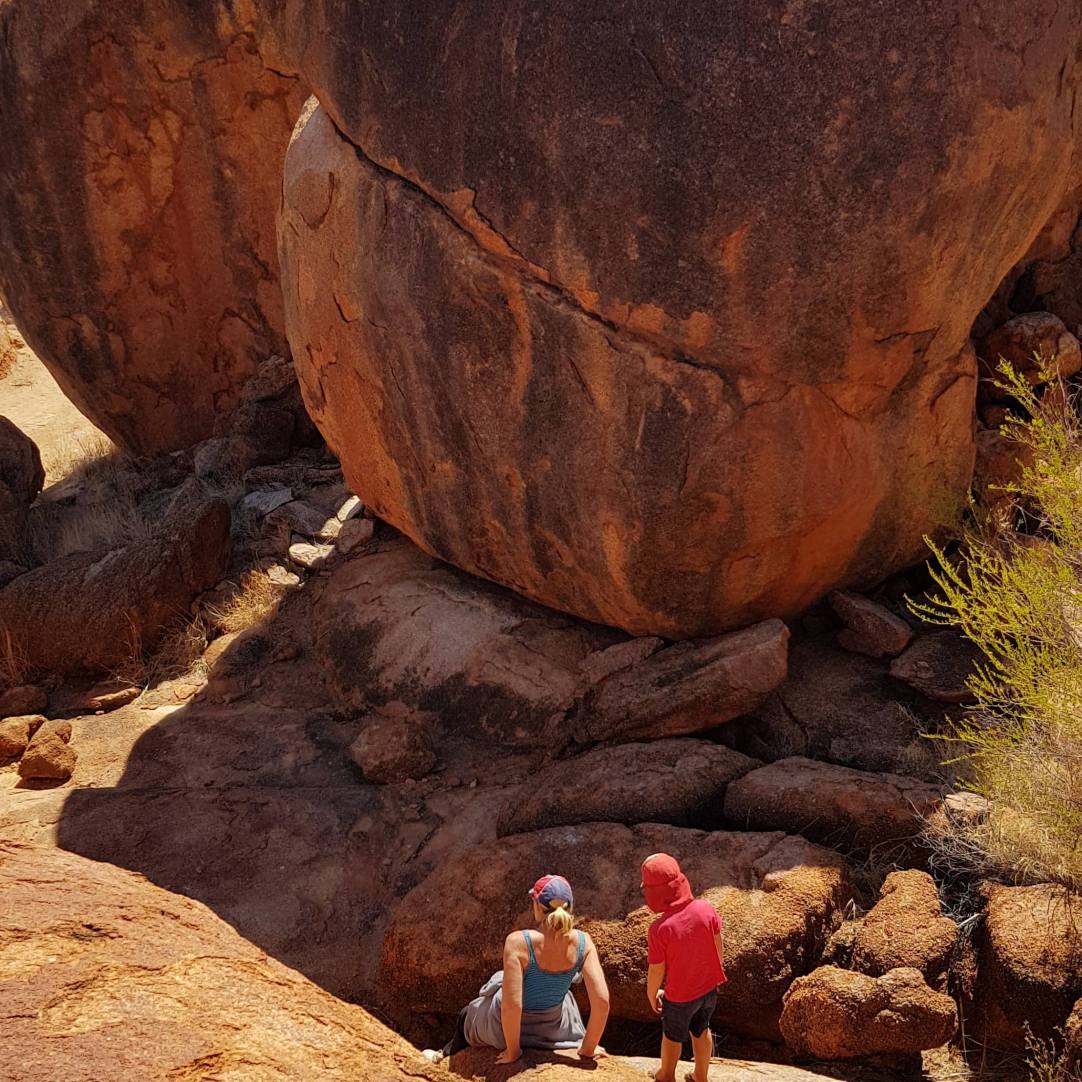 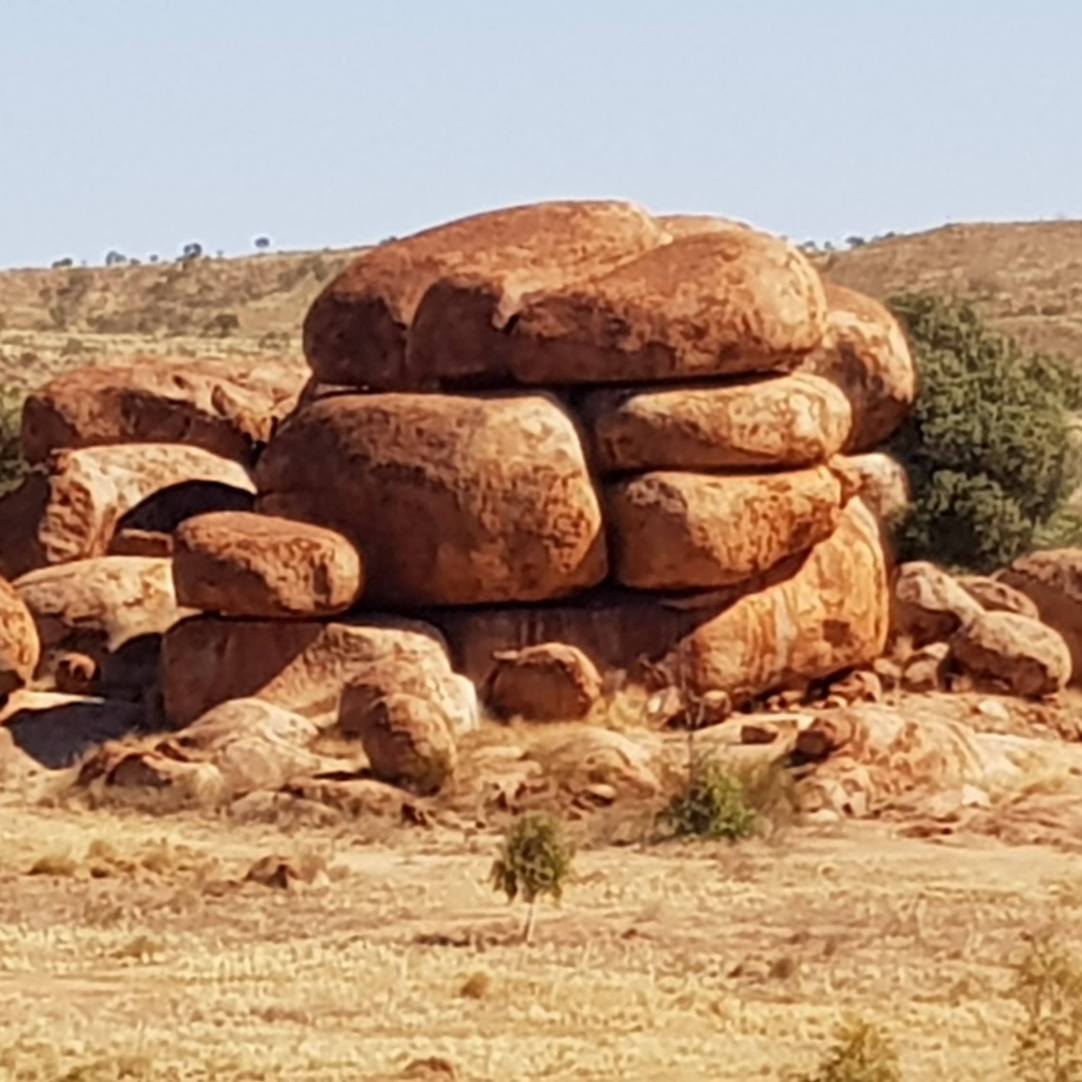 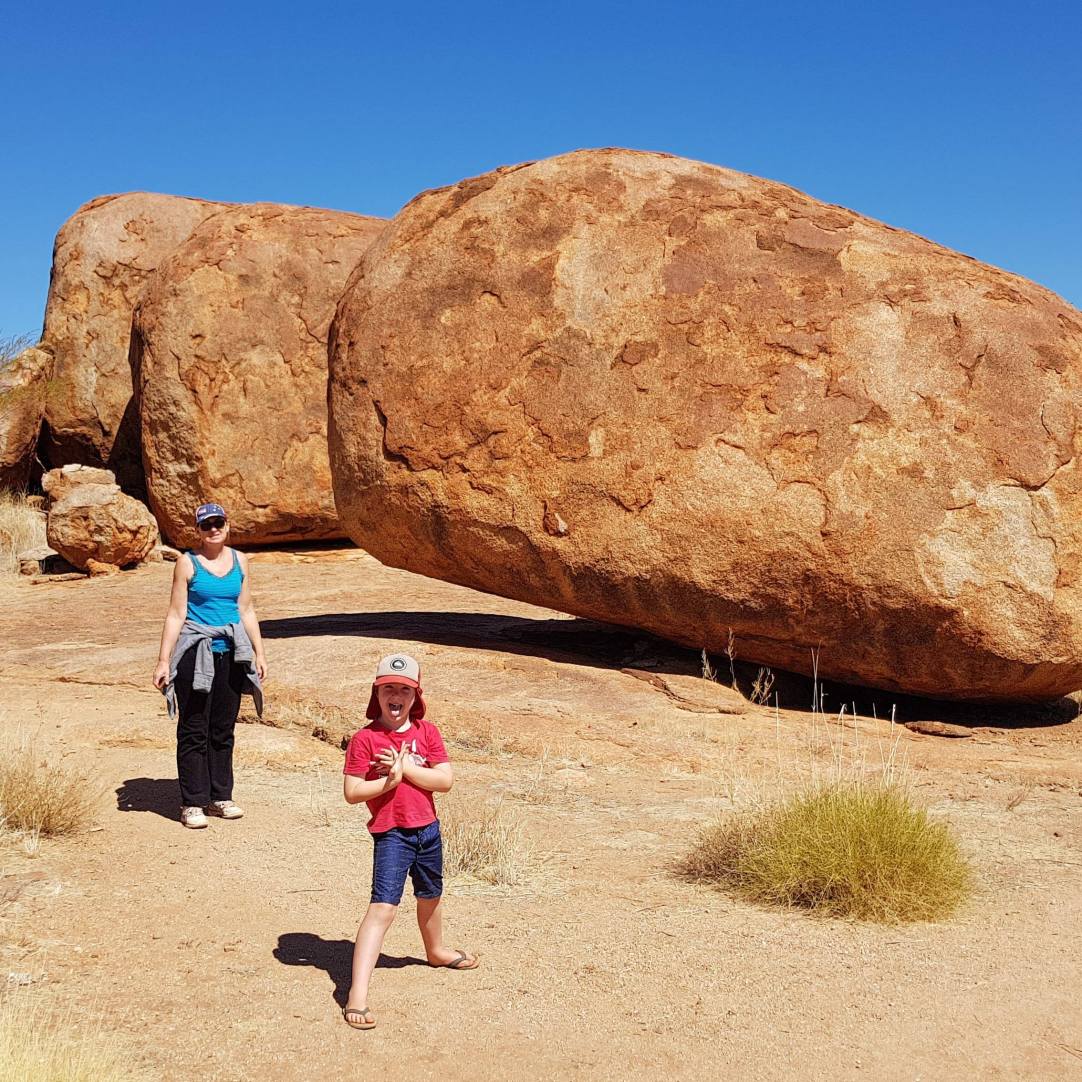 It was late afternoon by the time we left here and we then continued down the highway where we stopped at McDouall Stuart Memorial free camp overnight.    The next morning we were up early to drive to Alice Springs.