Since it was about an 8 hour drive from Yulara to Coober Pedy, we stopped over night at a free camp along the Stuart Highway.    We were up early the next morning to continue our travels and arrived at Coober Pedy late morning.   I wanted to experience a night underground so we booked into the Underground Motel.

Coober Pedy – What a very unique and interesting outback town which lies on edge of the Stuart Ranges.   It’s often referred to as the “opal capital of the world”.   Coober Pedy has over 70 opal fields and is the largest opal mining area in the world.   It is also renowned for its underground living, called “dugouts” which are built as Coober Pedy has scorching daytime temperatures.   The underground lifestyle is like nowhere else in the world.    The name ‘Coober Pedy’ comes from the local term kupa-pati which means “white man in hole or burrow”.

We did a tour of the Umoona Opal Mine & Museum.   We watched a 20 mins documentary which told of the Story of Opal and the Opal Mine which was first worked in the 1920s and gave an explanation of opals including the different types and quality. Then we walked through various tunnels showing contrasting examples of how they dug out in the early days to a modern machine dug home.    The underground rooms maintain a comfortable temperature ranging from 19 – 25 celsius day and night throughout the year.    It is estimated that 50% of the town’s population live underground. 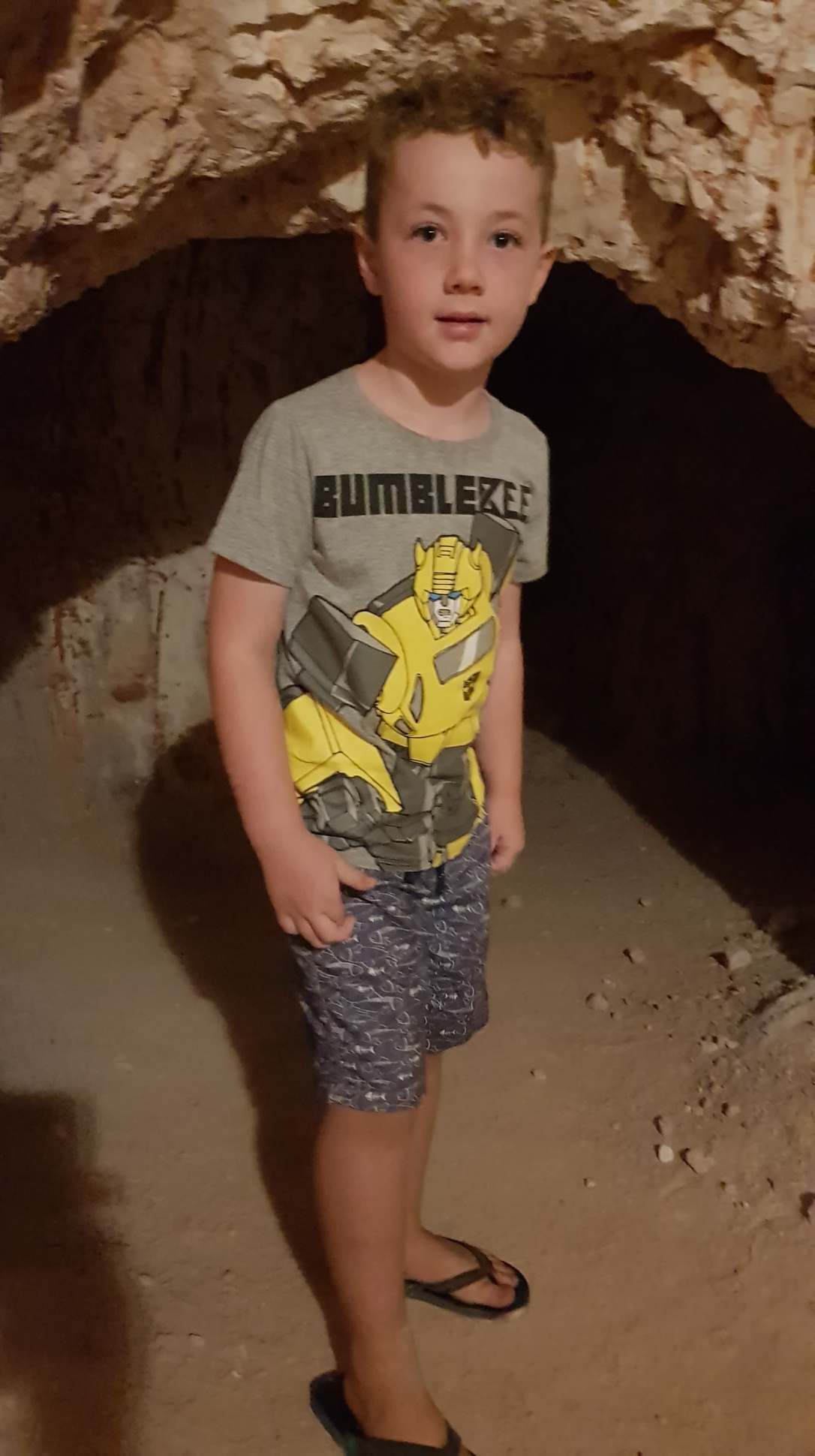 That afternoon we also visited St Peter and St Paul Catholic Church.   We also went to Josephine’s Gallery and  Kangaroo Orphanage where we got to feed some kangaroos.   In the Gallery there was aboriginal art, opals, jewellery and didgeridoos.   That night we ate out at John’s Pizza Bar and Restaurant and had the biggest and best veal schnitzel ever!!!! 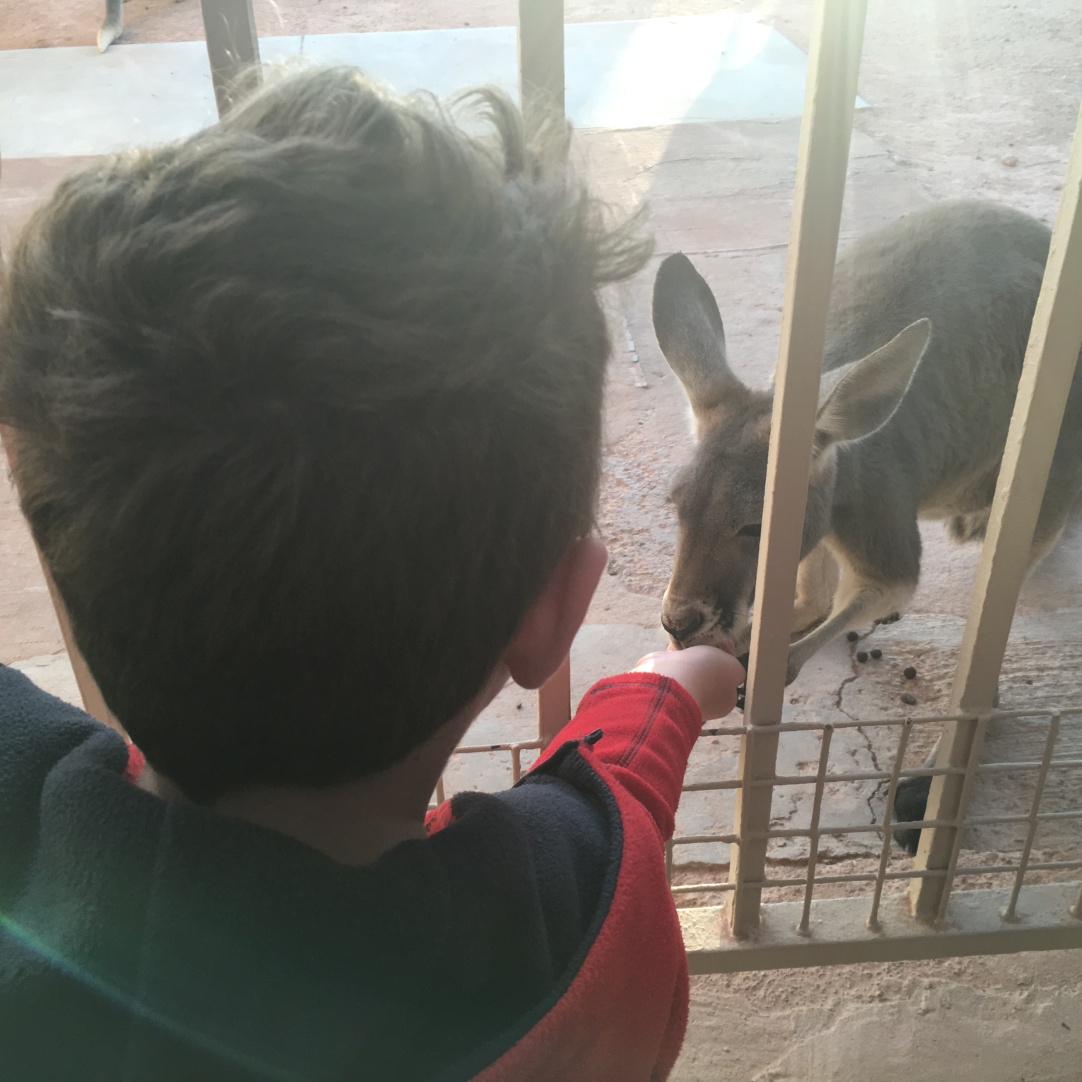 Sleeping in an underground motel room was certainly an experience, it was very comfortable.    The cost was $156.00 for the night for the 3 of us which included a continental breakfast. 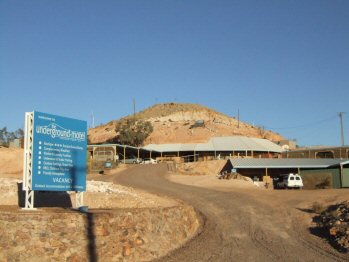 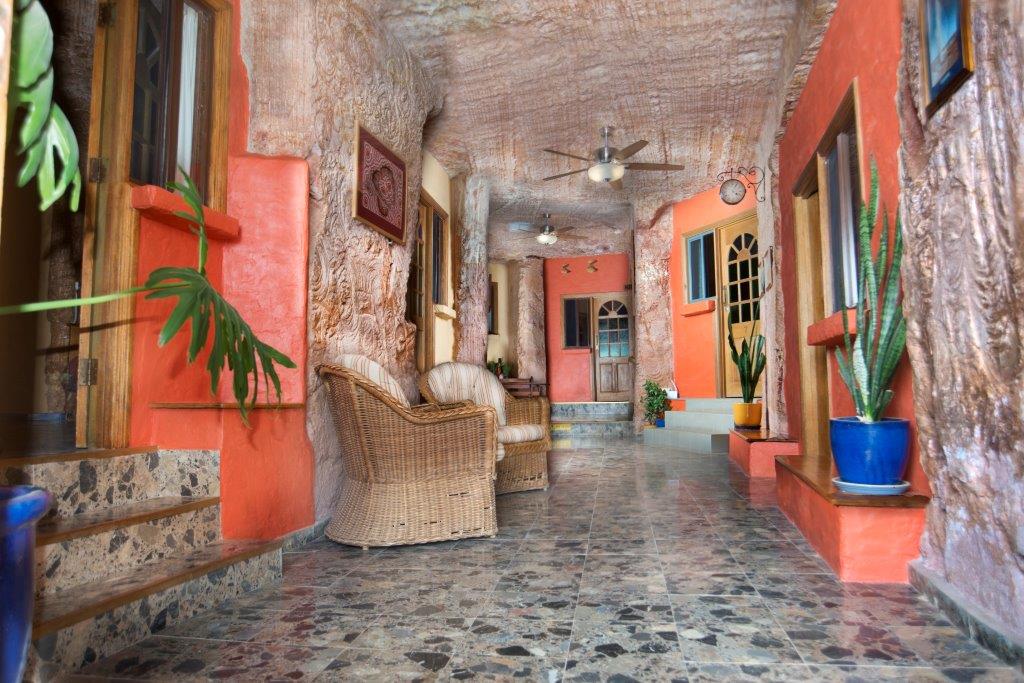 Coober Pedy even still have an open air drive in cinema which has been running since 1965!!!   A number of movies have also been made in Coober Pedy, the most famous probably being Priscilla, Queen of the Desert.

The next morning we had a drive around town and then up to the Big Winch Lookout to check out the sweeping views over the landscape.  This 8m high structure which overlooks the town was built by Klaus Wirries in the 1970’s to celebrate the Opal Capital of the World.    The Big Winch was rebuilt after it was destroyed by fire in 1986.

What a fascinating town and so glad I convinced Andrew to drive this way and we continued south down the Stuart Highway to Lake Hart.    We parked up and headed off down the track to the salt lake, walked through the tunnel and there you are, standing on the edge of endless white salt lake.  I’ve never seen a salt lake before, wow!!   I reckon you could have taken some of this salt and sprinkled it right on your food!!!!!  The lake was once the site of a salt mine with an old stockpile visible along with wooden infrastructure from the small rail line that was built to run the salt harvesting machinery. 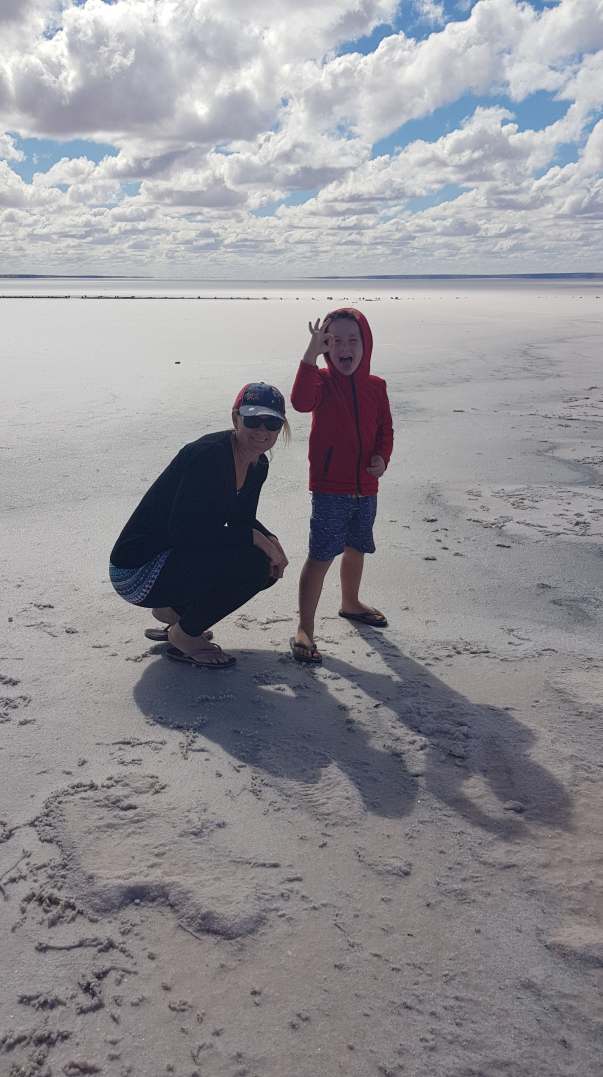 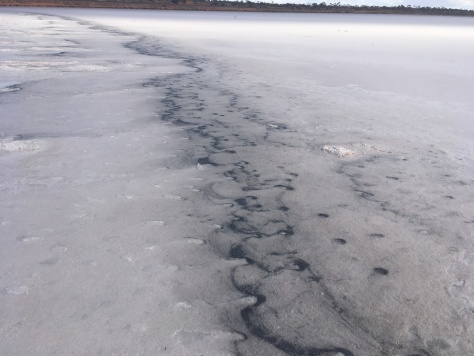 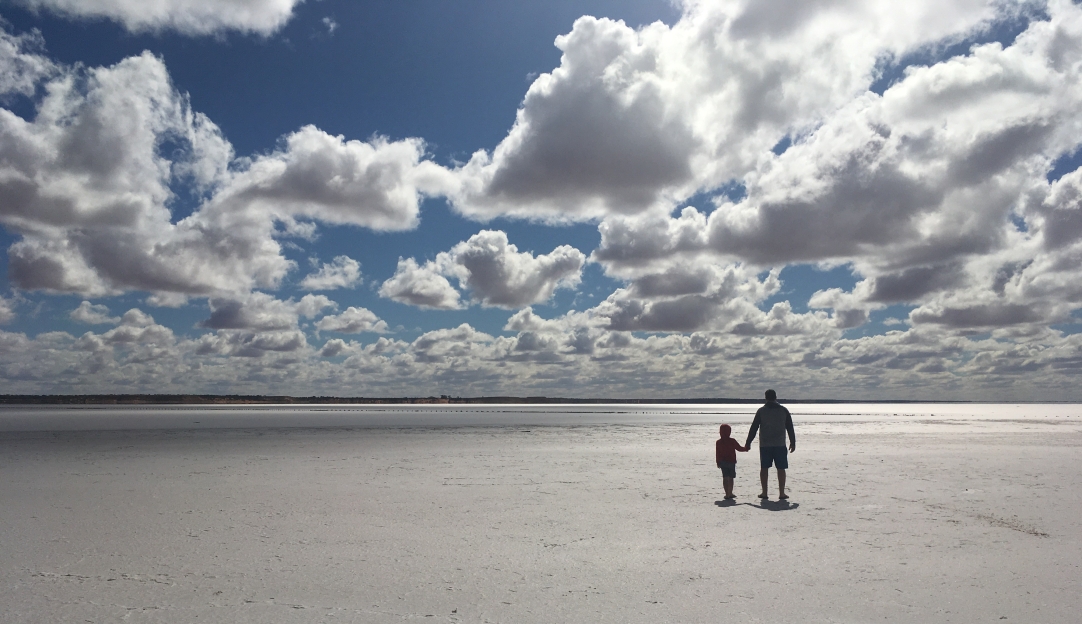 From Lake Hart we travelled to the town of Woomera (aboriginal word meaning “spear launcher”) to have a walk through the Woomera Aircraft and Missile Park.   Woomera used to be a restricted Australian Defence Force facility for the Royal Australian Air Force (RAAF).

During the 1960s Woomera had a population of over 5000 but today it is around 140.   Over the years it has changed from an important location for experimenting with rockets which, at various times, has been used by the Australian armed forces, Great Britain, the US Air Force, NASA and West Germany.    Between 1969 and 1999 the Nurrungar joint US – Australian Ground Station operated in the area.     It was located 19 km from Woomera and was closed to the public.   Between 1999 and 2003 it was used by the Federal Government as the Woomera Immigration Detention Centre.    It housed asylum seekers who had arrived in Australia by sea.     Today Woomera township is open to the public and is used for the evaluation of civilian and military missile and aerospace systems for both Australia and worldwide.

The Woomera Aircraft and Missile Park has well preserved examples of most of the rockets which were launched at Woomera.     The rockets and aircraft on display remind us of a time when the test range at Woomera saw hundreds of research rockets launched. A great reminder of the part that Australia played in the early days of rocketry and satellites.

We then stopped overnight at Spuds Roadhouse which is located in Pimba.   We had dinner and drinks there to celebrate Father’s Day.

The next morning we continued south to Port Augusta for shopping and fuel.    From there we drove to Peterborough RV Park for a free camp overnight.